Where am I going with this post?   Simple, to find a way to easily estimate bio-accumulation of radiation in plants and animals.

Actually, I start with 13 Bq/M3 and end up with 10.7 Bq/kG in porpoises.
So the rule of thumb is that it almost an equal quantity for higher echelon animals

For plants, the conversion is "about half"

Usually radiation in water is measured in Bq/Meter Cubed, or Bq/L

The meter cubed number is 1000 times larger than the L based unit, because there are 1000 Liters per Meter Cubed.

Scientists use a "concentration factor" to express how various animals /plants on the food chain bioaccumulate various toxins.

Manipulating this equation (multiply both sides by Bq/L) gives

from the Charts Below, a good rule of thumb is to take wet weight and divide by 5 for fish, divide by 8 for plants to get dry weight.

stock here---now you folks can easily deal with bioaccumulation issues.

The contents of (137)Cs in the different organisms were generally low (<1 Bq kg(-1) wet weight), but a marked bioaccumulation was apparent: The concentration of (137)Cs was about 10-fold higher in the harbour porpoise Phocoena phocoena, representing the upper level of the food web, than in the amphipod Themisto sp., representing the lower level of the food web. The Concentration Factors (CF=Bq kg(-1) wet weight/Bq l(-1) seawater) increased from 10+/-3 for a mixed sample of krill and amphipods to 165+/-5 for harbour porpoises.

Plenty of studies of bioaccumulation 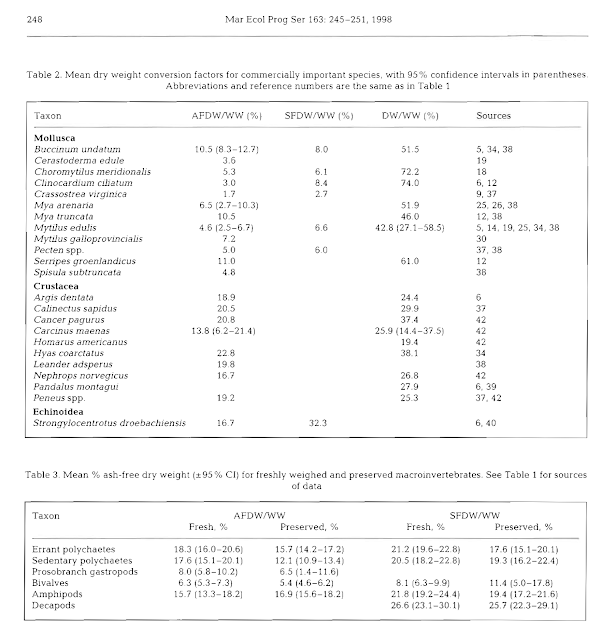 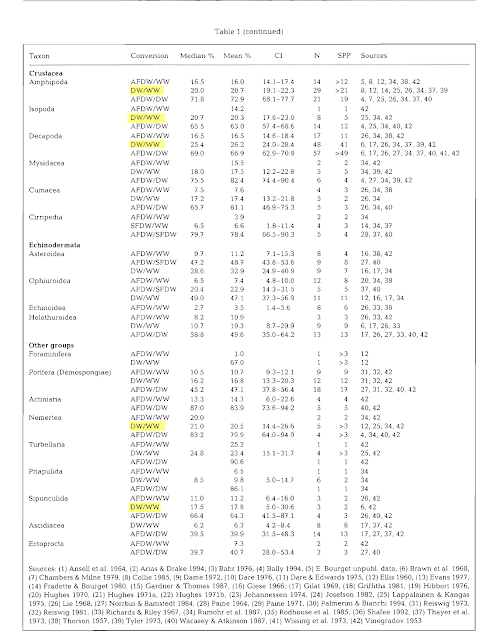 Here is one from Amchitka and Kiska 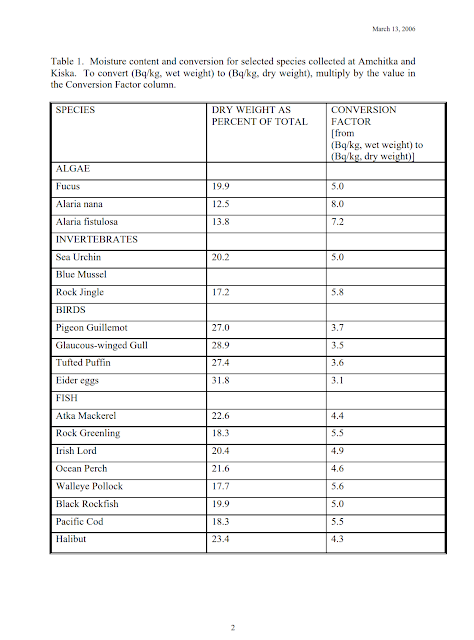 Here is a 2011 summer report from DOE on Amchitka 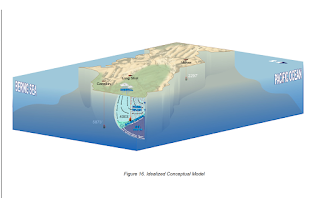 There is genomic instability which is not seen in dose response graphs. Goddard's well done videos show us what we are up against. Linear thinking, linear logic, wrong logic….

January 7, 2016 at 12:44 pm · Reply
yes stock.  I have been meaning to follow up in two ways. Somewhere there is a mother trove of bioaccumulation data, a large paper. Secondly, there is a paper from Buesseler et al that shows bioaccumulation measurements for plankton. It appears much less than I expected. The problem is that even with the bioaccumulation, it isnt enough to account for the massive die off which is being seen. We've discussed that the dead stuff falls to the bottom leaving an apparently cleaner water and less contaminated plankton that take their place. But the total path must be very complicated. I used the analogy that you cant shoot somebody and expect the damage to remain isolated to the bullet wound…even though the tissues far away would remain clinically free from damage. Bioaccumulation is one factor, but the form of the fallout is another. A large percent is in the form of alloyed nano particles, giving point source radiation and heavy metals in a form that can lodge deep in lung and body tissue. Im sure there are other factors never considered. Water has a way of forming information loaded super molecules surrounding everything. One cant isolate a biomolecule or any molecule from the water around it which is forming a kind of liquid crystal with changes in the hydrogen bond angle. Such a thing is theorized to underlie homeopathic remedies. Science is not smart enough to understand homeopathy but it works.

CodeShutdown
January 7, 2016 at 12:57 pm · Reply
A study from some east European country where they do a lot of investigation into this kind of thing showed bio-information transfer on magnetic fields. Disease and or repair bio signals can be transferred from one organism to another via magnetic fields. One cant isolate, as is our propensity, one thing from another in the vast web of life on earths biosphere. Poison one part of the earth and the whole thing will be affected in ways known and not known. Its the unknown ways that egocentric man has a hard time accepting. Your way around it is epidemiology. But cause and effect is the difficulty there. If science cant see the connection, they will throw out cause and effect. I'm afraid man is in over his head with global poisoning of our little planet. Hubris and greed and small mindedness is the wall which I think will obscure the truth well into the destruction of the ecosphere, perhaps sealing our fate. On the other hand, there is a tendency for anti nukers to throw up their hands and say everything is poisoned to the ELE degree. I believe that if nuclear was ended here and now, the biosphere could self remediate to some degree and life go on…albeit an earth permanently wounded
-----------------------------------------------------------------

January 7, 2016 at 2:34 pm Log in to Reply
stock
The models suggests that in 30 years, Cesium 137 levels in the whales will exceed the Canadian guideline of 1,000 becquerels per kilogram for consumption of seafood by humans — 10 times the Japanese guideline.

CodeShutdown
January 7, 2016 at 2:51 pm Log in to Reply
stock, one of the better papers for release estimate and effect on human and animal

Heart of the Rose