5 days after Obama's Energy Control Grab was Shot Down by the Supreme Court, 5 to 4, Justice Scalia Unexpectedly Dies


Has no one else in the world put together this obvious connection?  This is part of the NWO Globalist Energy Grab, i.e. the Paris-site climate conference, which even NOAA fudged all the temperature data last fall in order to make the data fit the meme.

This ruling by the supreme court came 5 days ago.

Being a retired law enforcement officer, I must say with the limited information available to the public....This 'Story Line' has so many holes in it, it would make a block of Swiss cheese look like a 'Solid Block' of cheese. It is my understanding that the body was embalmed shortly after the body was found, if this is correct, it would make it more difficult to do an Autopsy, however, with new technology this shortfall can be overcome and a 'Cause of Death' can still be accomplished with a high degree of accuracy. The fact he went to Texas to hunt with friends, he did not show up for breakfast and not one of his 'Hunting Buddies' checked in on why he did not show for breakfast and they went hunting without him. A hotel employee found the body! How can the say with certainty he died of 'Natural Causes', and now we hear the employee found a pillow over his face. If I would have been the 'Elected Sheriff' of that county, I would have sealed off the room as a 'Potential' crime scene and had a Corner's Inquest to this death. I don't know about the rest of your readers, but in my opinion, something 'Smells' in Texas!


Mr. Verrilli said judicial review of the plan, including by the Supreme Court, will be complete before the first deadline for emissions reductions in 2022. 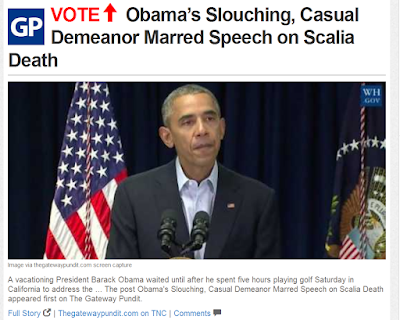 Scalia voted for the Stay against Obama's Energy Grab rollout.   4 liberals voted to not allow a delay for further review (no stay).   Scalia was perhaps the most conservative and a leader and influencial. 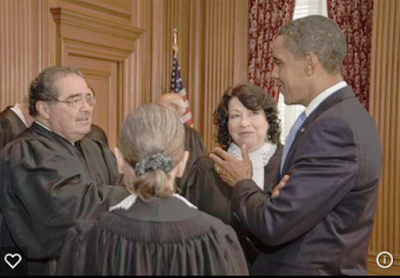 The cause of death was not immediately released. A spokeswoman for the United States Marshals Service, which sent personnel to the scene, said there was nothing to indicate the death was the result of anything other than natural causes


Here is /was the make-up of "the supreme court".    Keep in mind Obama is a so called "constitutional lawyer".     Now Scalia was 79, but no reported health defects.   No independent autopsy will be performed.

The ranch where he died is owned by former NSA type spook who was sacked for blatant corruption.   ------------------------------------------------------------------ Another theory, note that Scalia is survived by his wife..... Scalia was invited to a ranch with 3 dozen prominent business people, but they only indulged in small talk. Of course they did. ;-) Dr. Dan Taleisin • an hour ago Yup it' wouldn't surprise me to find out that one very traumatized prostitute was quickly and quietly escorted off the premises before law enforcement was notified, Which would explain why the family declined the autopsy and rushed to have the body embalmed so quickly. If anything it seems more plausible that the people involved were attempting to protect the deceased reputation rather than hide an a$$a$$ination
Posted by Stock at 6:03 PM