A reader sent in a comment about Fuku 5 and 6 on Google Earth and that got me to looking at Reactor 3 also.

A very important fact came out, at least 2 of the 3 blasts heard on the Explosion video came from Moderated Prompt Criticalities from

1) The spent fuel pool
2) The equipment pool, where they had a fresh load of MOX ready to load.

But first, a zoomed in photo from my Photo Archive in the Tabbed section of this website--then look at the zoomed out Google Earth view following it 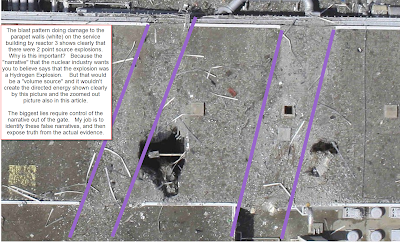 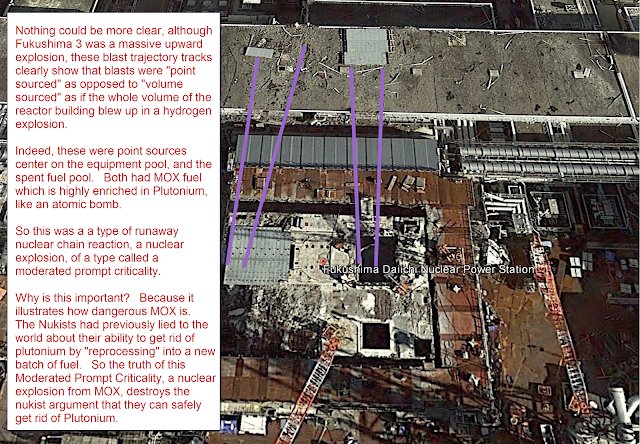 Nothing could be more clear, although Fukushima 3 was a massive upward explosion, these blast trajectory tracks clearly show that blasts were "point sourced" as opposed to "volume sourced" as if the whole volume of the reactor building blew up in a hydrogen explosion.

Indeed, these were point sources center on the equipment pool, and the spent fuel pool.   Both had MOX fuel which is highly enriched in Plutonium, like an atomic bomb.

So this was a a type of runaway nuclear chain reaction, a nuclear explosion, of a type called a moderated prompt criticality.

Why is this important?   Because it illustrates how dangerous MOX is.    The Nukists had previously lied to the world about their ability to get rid of plutonium by "reprocessing" into a new batch of fuel.   So the truth of this Moderated Prompt Criticality, a nuclear explosion from MOX, destroys the nukist argument that they can safely get rid of Plutonium.

Here I present the screen capture with no lines so you can verify the blast pattern for yourself. 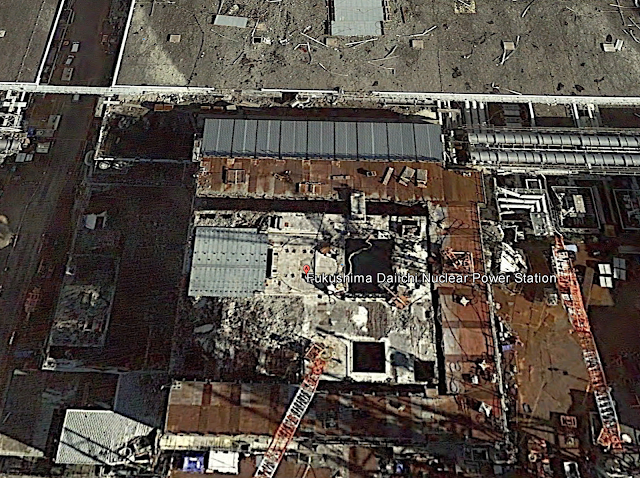 There are things we still do not understand about nature.   Why be as arrogant as the nuclear industry and pretend that we know "enough" to play with the most dangerous thing on the planet? 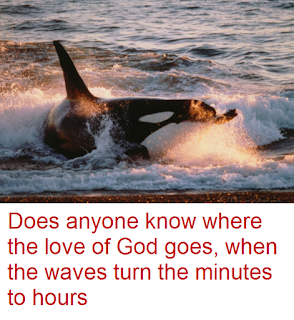 "Does anyone know where the love of God goes, when the waves turn the minutes to hours?"