I have been looking for this one for a while, and will add to this later.    But want it posted so I can't lose it.

Bottom line, nuclear is now pushing hard that "nuclear is essential" to fight Carbon.    It is a fake narrative out of the gate.

I had this to say at ENE

Taking back the narrative: When you start with the wrong premise, you are not likely to get to good answers.

First it was CO2, then just referred to as Carbon, now the narrative just points at "climate goals"

The narrative gets further from the point, CO2. CO2 itself is not a pollutant, but can be useful in estimating the amounts of other pollutants.
CO2 is a plant food

But most important CO2 is not correlated or causative of global warming.

Even the narrative of Global Warming had to change, as even the hardcore warmistas realized that the earth was not warming, unless you believe the data that NOAA and the MET jiggered in order to push for the Paris agreement. Now the narrative is Climate change.

Everything needs to be altered in the narrative, because the facts don't fit the original theory.

Let me repeat, CO2 is not correlated or causative of global warming or climate change for that matter. 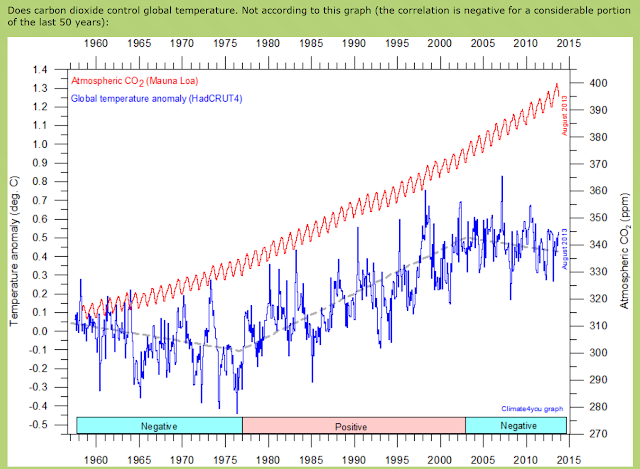 A serious commenter below provided this chart as a link, I added comments 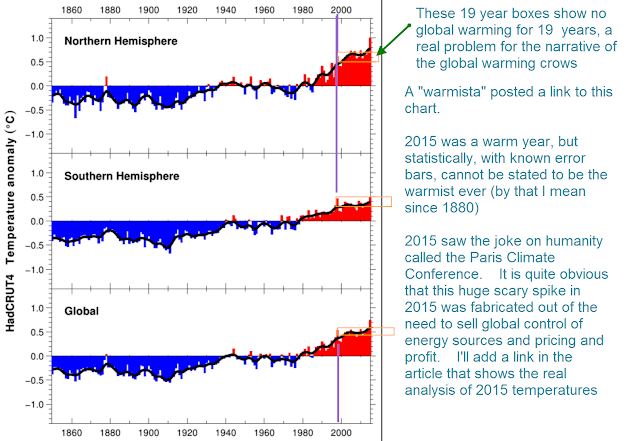 Here is where you can download CRUD data directly
https://crudata.uea.ac.uk/cru/data/temperature/