The second biggest storage facility for methane gas in the US, it's 61 years old.

They removed the shutoff valve decades ago because it was leaking, and did not replace it to save money. 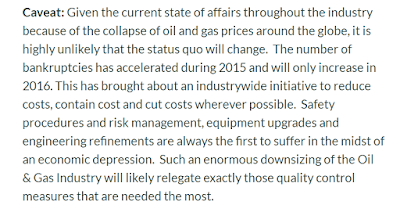 Methane is agreed upon by 99.7% of all scientists to be a cause of global warming.

They "lost" this well.    The greed, the negligence, the lack of accountability.
This first article, pulls everything together, nicely, along with good graphics 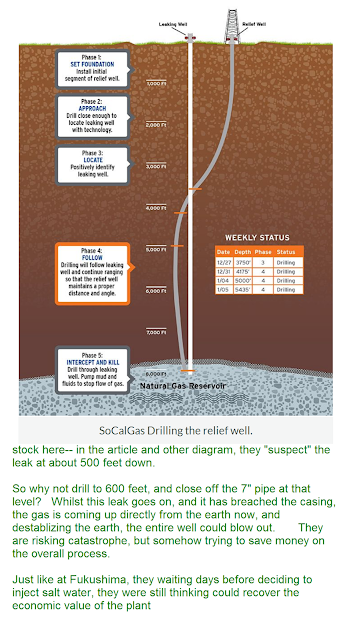 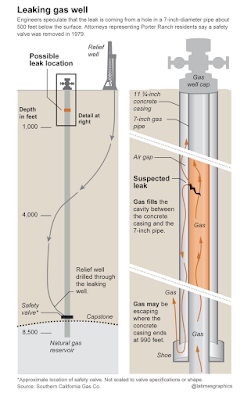 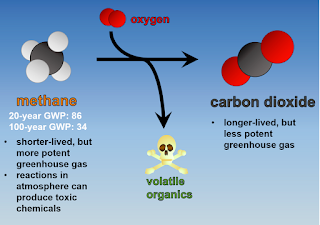 Thousands of Californians Are Fleeing an Enormous Methane Leak. Here Are 8 Things You Need to Know.

Breaking: They may have “entirely lost control of entire field” involved in LA gas disaster”


Published on Jan 23, 2016
Robert F. Kennedy, Jr. is a famed environmental attorney and activist who joined our panel of experts to speak to the residents of Porter Ranch at our town hall meeting on January 22. His work for the environment has earned him recognition from Time magazine as one of the “Heroes of the Planet.”

During his portion of the town hall meeting, Mr. Kennedy illuminated the audience as to who is really responsible for the disaster in Porter Ranch. Well versed in how large corporations and government interact, Mr. Kennedy revealed how SoCalGas and government agencies have been working behind the scenes, and whose best interest they’re putting first. His compelling presentation was extremely informative, and we highly recommend watching it.

For more informative content on the situation in Porter Ranch visit http://www.porterranchlawsuit.com.