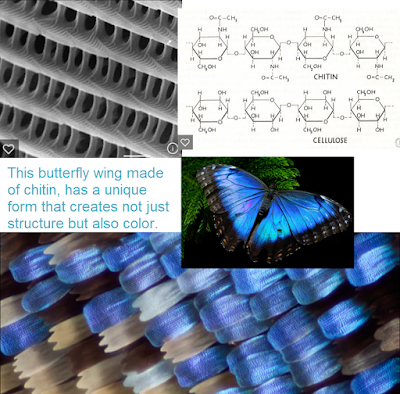 Many "critters" on the low end of the food chain rely upon "chitin" an amazing organic chain molecule with structural properties, optical properties, and even the ability to function as a sensory device for various electro-magnetic energies.

But what is most interesting to me, is that chitin is a particularly effective bio-concentrator for man made radiation and heavy metals.

Curiously enough, bees and butterflies also use chitin in their structures and functional features. Damage to chitin exoskeletons makes it easier for parasites to get in, and that is a main cause of bee deaths.

The scientific backup for all this is here:

CodeShutdown and myself are the discoverers / developers of the hypothesis.

Chloroform volatilizes readily from soil and surface water and undergoes degradation in air to produce phosgene, dichloromethane, formyl chloride, carbon monoxide, carbon dioxide, and hydrogen chloride.
Its halflife in air ranges from 55 to 620 days. Biodegradation in water and soil is slow. Chloroform does not significantly bioaccumulate in aquatic organisms.[5]"