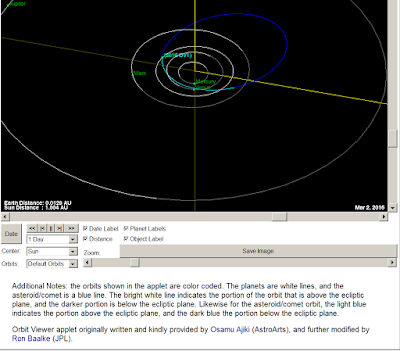 A newly discovered asteroid named 2016 DV1 is expected to make a very close flyby of Earth on March 3, 2016.

Its estimated size is between 28 and 62 meters (92 to 203 feet), which is about twice the size of Chelyabinsk asteroid. 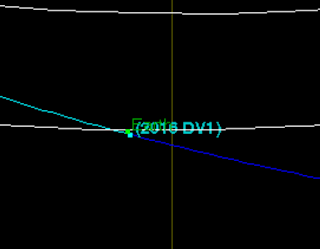 The orbit of this object is very uncertain. According to observations made on March 1, its MPC "U" parameter is 7 out of 9 (with 9 being highly uncertain)

Screen Shot of my Asteroid Calculator 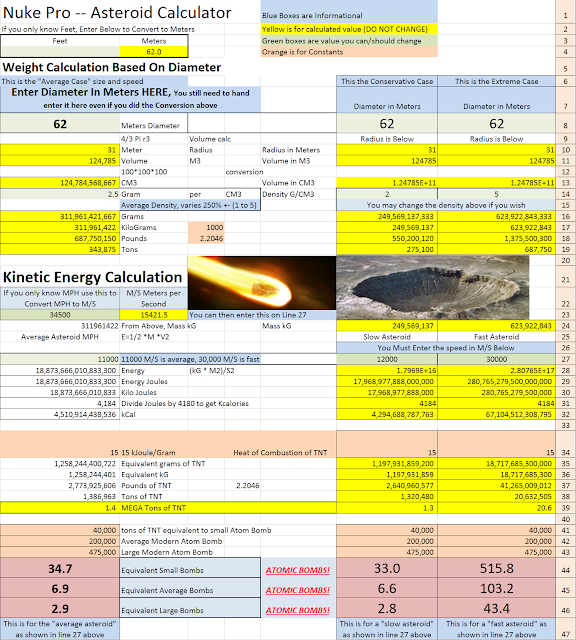 Diablo Canyon Nuclear Plant.    What if this asteroid hit in the ocean anywhere nearby?
Look at that wave amplification bay and center pivot rock?    Do you think they figured out why the bay is scooped out as it is?    Because that center rock amplifies the waves as they recombine on the backside.    Duh! 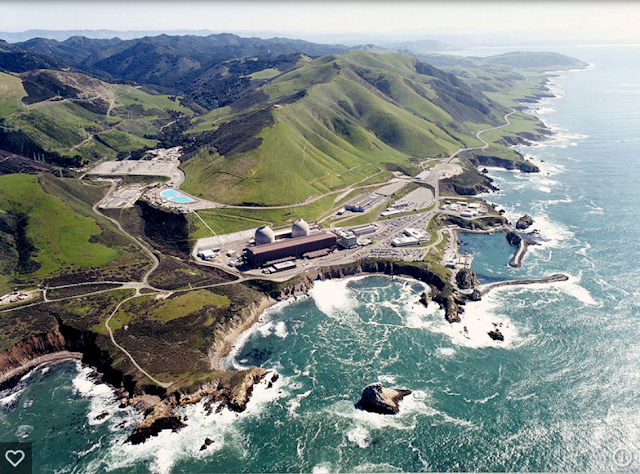