The Nuclear Cartel Lies, Always, And Here is One Of the Great Basic Lies

This troll, who trolls me relentlessly, across the web, states the following as the entire mechanism for damage by radio-isotopes.

Your definitions and practice of radiation is wrong.  Out of the gate.   You are blinded by what you were told is science, and by your arrogance, and the ego's need to make a human feel like they are a "good person" even as they are doing bad things, aka denial.

It IS NOT "just" energy deposition per kG.

Damage due to radiation, and radioactive heavy metals is dependent on many things: 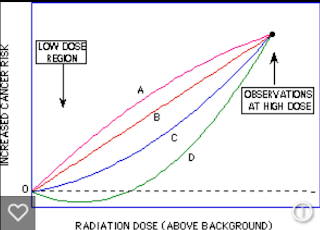 1) Whether the substance is natural or manmade, i.e. have we "grown up with it" for millions of years.
2) Not just the energy per kG, but
2a) where the energy is delivered
2b) how often energy is delivered in a particular area
2c) how strong that energy is
3) What organ(s) or fleshes are being targeted.   ALL of them, and as how they work together.   The current nuclear cartel pretends that everything can be calculated based only upon (1) One "Critical Organ".   The Japanese would say "Bakarashii!"

4) Some don't develop a cancer or disease, some just weaken an organism, and provide an opening for other viruses, bacteria, fungal, or other disease to attack elsewhere in the organism.
5) Combinations of different radionuclides can also have a negatively synergistic effect on the organism.
6) Bio-accumulation into certain organ or organic structures can also be a major factor in  radiation damage.   One specific item to mention is "chitin" which both bioaccumulates radiation and heavy metals, and radiation is one of the few things that can damage chitin. 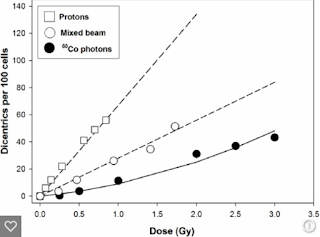 7) The damage is also highly dependent upon individual differences.

8) The damage is also dependent upon age, sex, and race

9) The damage can be shown as a chart, but the chart has 2 big problems, neither the X axis nor the Y axis can be fully defined, and the chart will be different for each individual, the age of the individual, and the isotopes involved.

9b) The X Axis is usually labelled as mSv (milli-Sieverts) in which the INCREDULOUS assumption is made that all of the items in 1) through 8) above have been properly crunched into one nice little number called usually "Effective Delivered Dose".    Note the use of "Delivered" which goes back to the basic lie "energy deposited" as if it were a one time event and could ignore all the other factors I detail above.

Having the arrogance to then state what is a safe level of radiation, is really just the willingness to be a murderer.  Nukists are murderers.
Posted by Stock at 7:58 AM