Earthquake Alert, Change in Activity, Risk of Swarms / monster Earthquakes is Elevated for the Next Week +

Please review some of my prior EQ (Earthquake) work, use the search box.   We have nailed it in the past.

The uptick in earthquake numbers (I use all worldwide quakes over 2.5 USGS magnitude over 24 hours as the primary indicator) is VERY NOTABLE

EQ numbers have been very low for months, this means energy is building and some plates are "stuck".   Note that EQs and volcanic activity are intimately entwined. 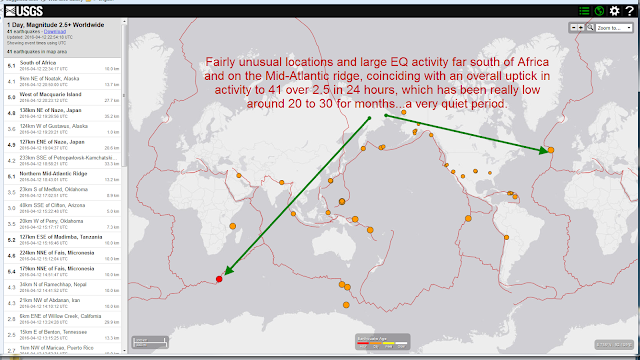 Note that Japan is reporting a "level 7" basically its highest rating, the rule of thumb is to add 1 to the Japan scale to about equal the USGS scale, so that would be a USGS 8.    Of course we know the 2011 Japan Earthquake was a USGS 9.0 so of course that rule of thumb is not perfect.

We also know that shit is going to hell in a handbasket and the Governments that be are pulling out all the stops to keep the people from panicking.   Including downplaying risk from earthquakes, solar storms (related to earthquakes), and space rocks.

So Japan is reporting the "highest level" and USGS is reporting a 6.2.    Lying scientists are eligible for Nuremberg Trials.


After the war, these crimes were tried at what became known as the Doctors' Trial, and revulsion at the abuses perpetrated led to the development of the Nuremberg Code of medical ethics. 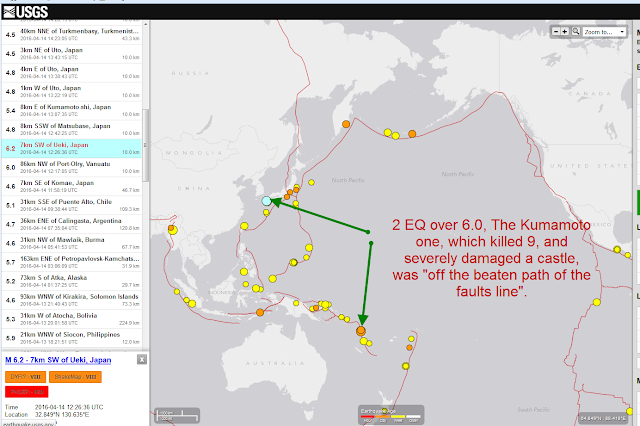