A Bubble In "BIG PHARMA" Detected Via Magazines

Around 2005 I was building houses and office buildings.    So I was receiving some Trade Magazines.   Then out of the blue, comes to my door, without asking for it, a magazine
called "Housing Giants".

Just the arrogance of a group calling itself "Giants" was astounding.   But it alerted me to a very important fact.     This type of unsolicited advertising by an industry group, trying to increase their circulation numbers reported to advertisers by sending it to people who didn't ask, was the sign of an overheated, bubbly market.   Indeed it was.

Although I still do 2 to 3 months of work per year, I considered myself retired at the age of 49 three years ago.    The work I do now provides enough revenue that I do not need to touch retirement savings, which seems like a smart move, given the sheer number of black swans still circling the earth.

So some very good things came out of the simple perception of what a magazine really meant. 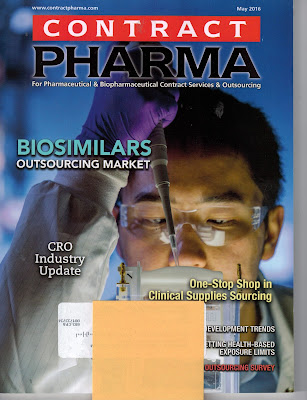 Now I have some hope that the magazine shown below is a foreboding for a bursting of the bubble that we call "Big Pharma".    Just recently the arrogant and narcissistic hedge fund manager who jacked up the price of critical medicines by 10s or hundreds of times their prior cost, being called into question, and sneering at the government officials, well....that about says it all.

Let's hope this bubble bursts, and hope that prices are brought down to earth, and that risky drugs are not brought to market.

Big Pharma is a sign of the times, it goes hand in hand with Financial Parasites that are killing the host.

Published on Mar 29, 2016
In this episode of Days of Revolt, Chris Hedges continues his discussion with UMKC economics professor Michael Hudson on his new book Killing the Host: How Financial Parasites and Debt Bondage Destroy the Global Economy. Hedges and Hudson expose the liberal class’ allegiance to the predatory creditors on Wall Street and their indifference to real economic justice