Death of Pacific -- Even The Scientists Are Now Starting to Admit It, The SHTF

The canary in the coal mine that shows that the Pacific Ocean is in serious trouble, are ....not birds, they are Squids. 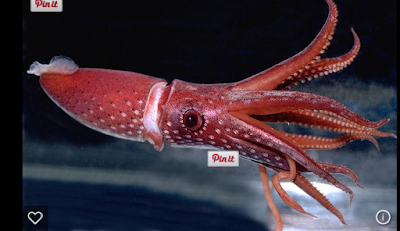 "We're seeing a new world here, one we haven't seen before. Any time you push an ecosystem into a different state, there's greater uncertainty in how it will behave, and how it will respond to future changes. Frankly, I think that should make people really worried," Ben Halpern, a biology professor at the University of California, Santa Barbara's Bren School of Environmental Science and Management and director of the school's Center for Marine Assessment and Planning tells the Monitor in an email.

Ben Halpern, who teaches biology at the University of California, suggested that overfishing has led to more cephalopods because humans have been constantly taking out sharks, swordfish, and tuna, among other large predators, before removing smaller species. The fact that people usually fish down the food chain and global fisheries can overfish due to wrong management results in tremendous amounts of prey, including cephalopods.

And then in the totally morally and intellectual and financially bankrupt UK, they immediately jump the shark so to speak and blame "global warming" for all the squid.

Octopuses, cuttlefish and squid have thrived in the world’s oceans over the last 60 years despite – or because of – human activity that has warmed oceans and reduced fish populations.