Brexit, The "Establishment" Pulling Out All The Stops, Even Murdering, To Further Their Power and Privledge 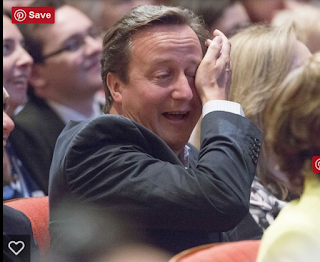 What a double bonus, the UK leaves, and Cameron steps down.    BONUS!   He was a horrible puppet, not even realizing what a puppet he was, he is even worse....a "true believer"

If Britain does vote to leave the "Union", it will be a step in the right direction.

More and more people are getting it.   Drop a comment folks. 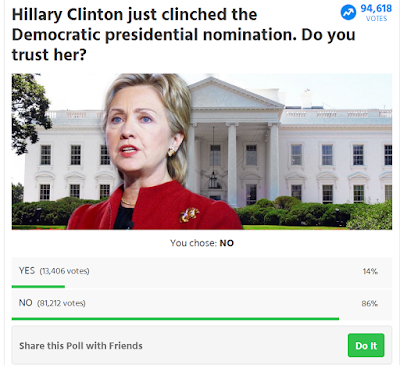 This "lady" is a tool of the NWO, she will sell out Americans to get power. She will stay silent as her husband has sex with a bimbo in her own house....for the future chance at power.

George Soros is also a key member of the sociopathic "Elite" pushing for a one world government.    But it seems like more and more people are "getting it".   Check these comments to a article on Soros talking about Brexit and "rebuilding" the EU. 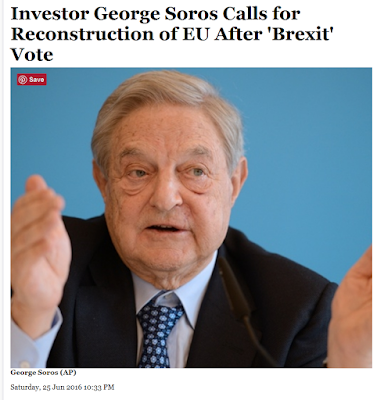 And Orlando....first it was 20 dead, but then the NSA analysis of the reaction via twitter, Farcebook, and blogs determined that 20 was not enough.    They upped it to a round 50, and got the reaction they "needed" to push forward on taking our last Bill of Rights that they have not already circumvented.

Incredulously.....They determined the wife knew of the plot prior to the killings.    She is clearly an accessory to mass murder, even indeed there was a mass murder.     Yet they "lost" her.    This is not possible.

We believe the source to CNN’s assertion that Lynch doesn’t know where Salman is came from a press conference held today whereby Lynch said the following in response to an inaudible question: “right now I do not know exactly the answer to that, I believe she was going to travel but I do not know exactly her location now”

Methinks that she wasn't going to go along with the "plot" as they wished to write it.

And 1 day after the "mass murder" the doors of the shooters apartment are left side open, and reporters casually stroll through. The chain of custody of evidence was destroyed, so truth can never be determined.  And if you are a Veteran who served the USA, don't you dare mention the word "God"