The NWO Effort Has Been Around Since Kennedy, In 1963 At The Height of Nuclear Bomb Tests, Food Became Dangerous

A reader brought to my attention this "CODEX" of International Food Standards.

Note that they were formed in 1963 by the World Health Organization, which is controlled by the International Atomic Energy Association.

They are also controlled by the United Nations.

Thus, this organization was formed by the WHO, and controlled by the nuclear cartel, the IAEA.    It is also controlled by the UN which is now just basically a tool of the "Globalists".   Even Obama is openly and often using the term "Globalist".   The term "New World Order" which Soros mistakenly, in his doddering old age, trotted out a bit too directly and too soon and scared a lot of people.    So they backed off a bit, and then came back if force, now openly operating under the "Globalist" theme, and the "inclusive" meme.

1963 was the year of the height of the open air testing of nuclear bombs, it was also the year that 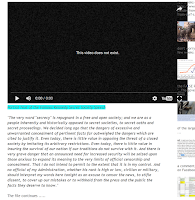 Kennedy was famously filmed trying to expose the puppet string pullers behind the scenes, the "secret societies" that try to control our world.     It was also the year that I was born, and that Kennedy was murdered.     It is interesting that the primary site hosting the Kennedy secret society speech now "does not exist".

I found it again, below 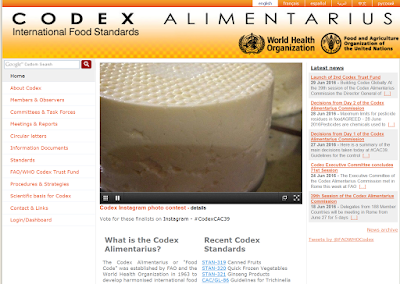 So this Nuclear Cartel, or Radiation Cartel, if you wish, has been pulling diabolical strings for quite some time.     And they care not if we eat radioactive products, in fact, it is a way for them to get rid of things that are expensive to get rid of.   They downblend radiation and heavy metal toxins into our food stream.   Seriously.

Exposing truth does not make many fans, I only have 119 followers.    But we are at the cusp of a NWO jack boot on your neck forever, in an increasingly toxic environment.    Expose this reality to your friends, family, neighbors.    Some will think you are a wacko, some will ridicule you.   Maybe someday, they will also say "I knew that all along".

Thus the earth is won or lost, as the greedy, power hungry 3 pound Monkey brained sociopaths that be do their best to control everything, at the cost of everything, even to them.