Breaking! University of Hawaii Research Shows Radiation in Hawaii Soil 2016 as Bad as 7 Prefectures in Japan 2 weeks After Fukushima

Breaking! University of Hawaii Research Shows Radiation in Hawaii Soil 2016 as Bad as 7 Prefectures in Japan 2 weeks After Fukushima

Most wild mushrooms in Hawaii around 50 Bq/kG, but some as high as 100 Bq/kG

2 weeks after Fukushima the IAEA published findings of ground contamination in 7 prefectures around Fukushima.   These are shown below.

Only 1 Prefecture in Japan exceeded 400 Bq/M2 after Fukushima -- Most of Hawaii now exceeds 400 Bq/M2 of Radioactive Cesium 137. 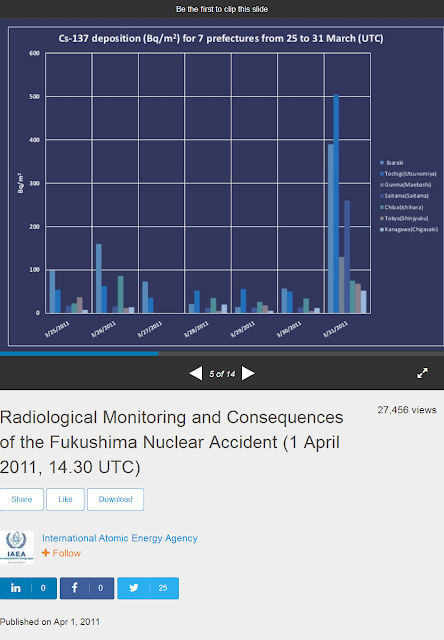 In the news report covering the release of this University study, a paid industry troll shows up and asks the authors to try to minimize the perception of danger by comparing the radiation level to "bananas".

Also this paid troll, pretending to be a life long expert, doesn't even know basics of measuring and presenting information on radiation.    Bq/M2 is simplistic as shown in this IAEA slide presentation 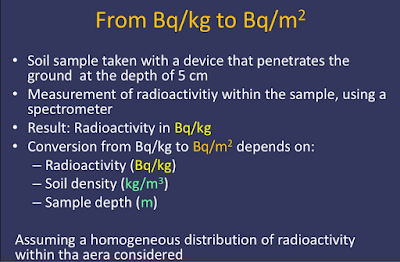 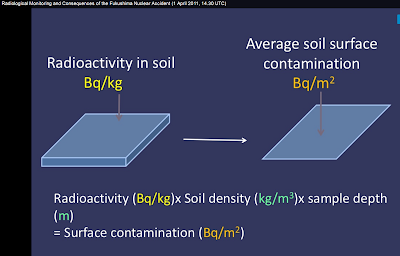 Then the troll gets schooled by a U of Hawaii Associate Professor...... 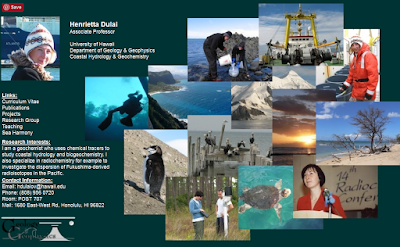 Cesium concentrations measured in soil in Bq/kg were converted to Bq/m2 using soil bulk densities measured for each soil sample. This way it is possible to estimate the total inventory of deposited cesium per area. It is common to express these quantities in units of Bq/m2 in the scientific literature. For reference these soils samples had 2 to 3 times as much naturally occurring radioactive potassium than cesium.
Bioaccumulation was addressed by looking at mushroom cesium concentrations – you can read about it more in Trista’s thesis:http://www.soest.hawaii.edu/GG/resources/theses/McKenzie_Trista_Senior_Thesis.pdf
and details about the fish study can be found here:
http://www.soest.hawaii.edu/GG/resources/theses/Azouz_Senior_Thesis.pdf
There are no limits for soil Cs content, only for fish, so the 300 Bq/kg limit relates to fish consumption.