Clinton Email Prove She Made a Shady Deal With Japan on Kissinger's Advice, Buying Fukushima Radiation Infested Food W/O Testing 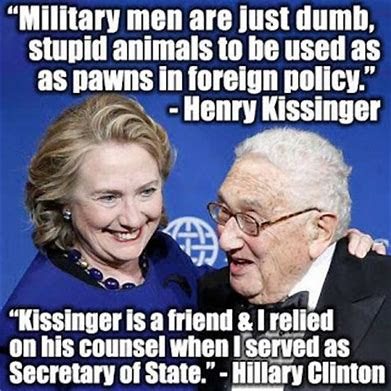 Hillary Clinton Threw American's Under The Bus, Doubtless Costing Many Lives and Painful
Diseases.   Clinton went to Japan in person to make a deal that could not be made "on paper" and that was to assure Japan that USA would buy any radioactive food from Japan, and not test it.    Reminder, this is shortly after Fukushima while she was Secretary of State.

Her emails, and lack of emails proves this clearly.

Here is the breakdown:
Now, with a big trip to a world super power and close allie, after the worst industrial accident in history, you know that there would be a lot of emails to coordinate the trip.

But after that meeting with Kissinger there was not a single Japan or Fukushima related email in what she turned over.   Not one.   They were all disappeared.   Under penalty of contempt of court, a jailable offense, or worse, she had all those emails purged.

Why would anyone take a risk this large just to coverup a trip and discussion with one of our closest allies?   60 other top secret emails were released to the FBI (not disappeared), BUT the coverup of the Fukushima story was so important that Clinton and her group committed a felony by removing these from the record.

What is known and what is the most likely story that makes sense.

The breaking of that story--What did Hillary get, it potentially a world changing event.

But my story is very direct, very obvious, and here is the point.

In order to get something from Japan, either for Hillary's future run for president, or military positioning of assets, or getting Japan to start taking care of their own defense so USA doesn't get into a joint war with China.   Whatever that deal was, maybe even more insidious that what I postulate, Hillary Clinton directly damaged US Citizens.

Hillary Clinton made a pact with Japan that USA would buy all the radioactive food that Japan wanted to send to us, WITHOUT TESTING.    In fact at this time in 2011, Gina McCarthy, who was later promoted to the Top Position at the EPA, came up with the idea to shut off radiation monitors in the USA.

They all knew we were being pelted with radiation, and Hillary ensured that we would also get the radiation internally, in our food.    What did Hillary get?

What did we the citizens get?  A lot of risk, a lot of cancers, reduced immune system function, a lot of diseases.   Many of these are still to come.   There will be deaths. 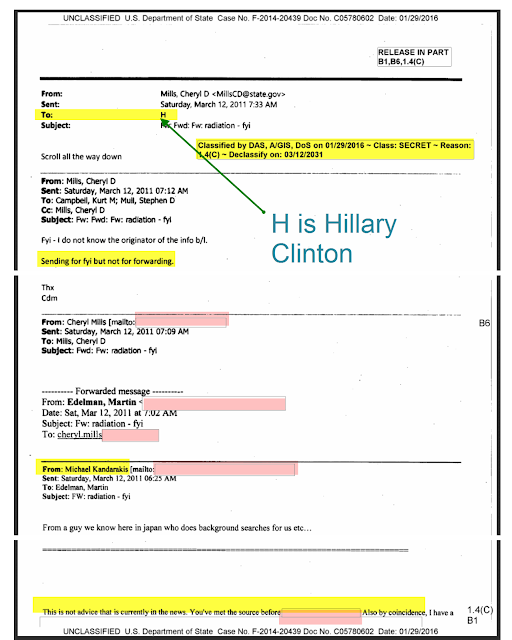 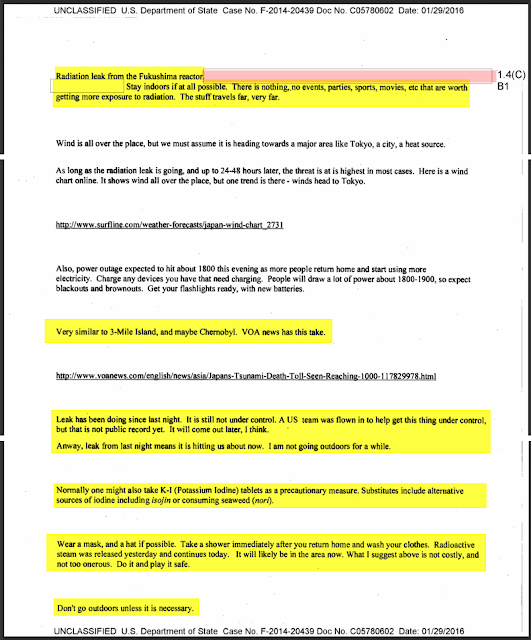 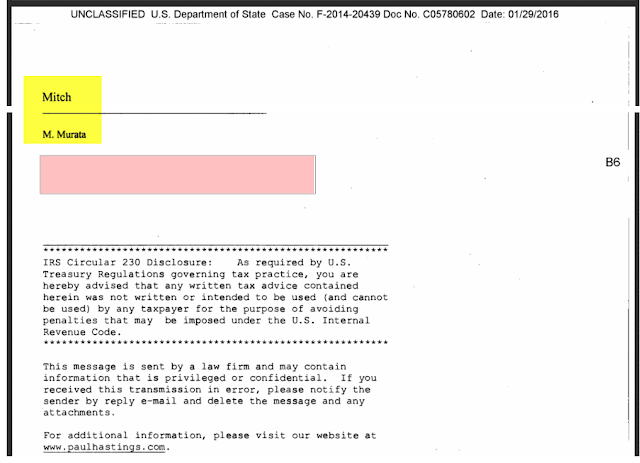 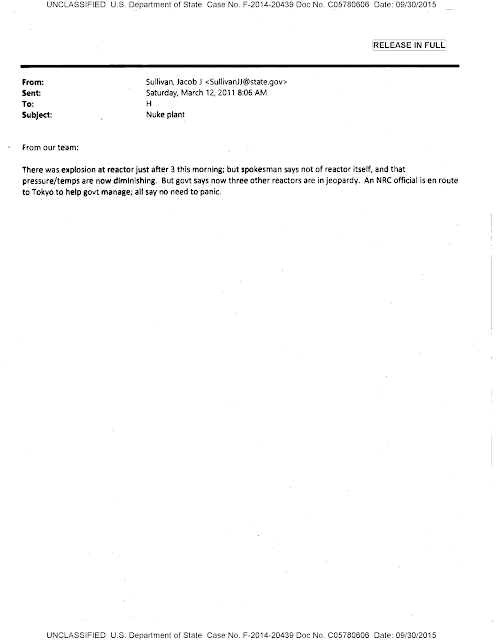 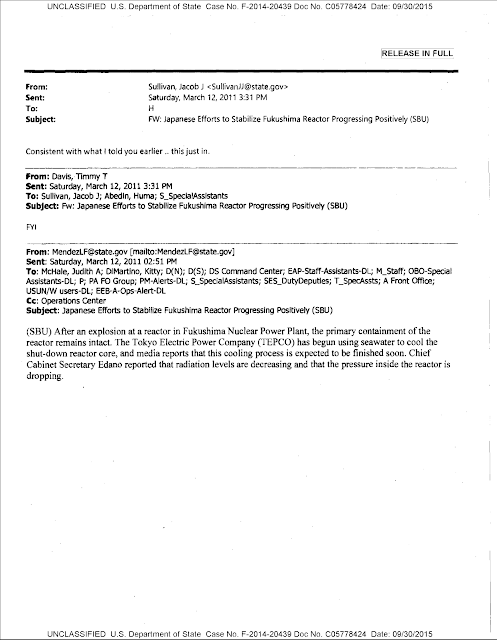 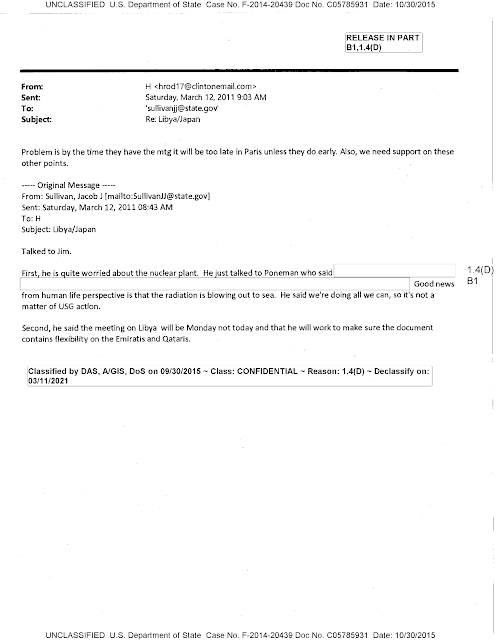 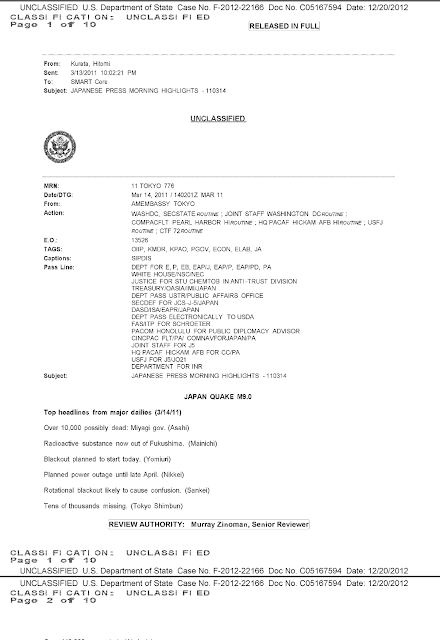 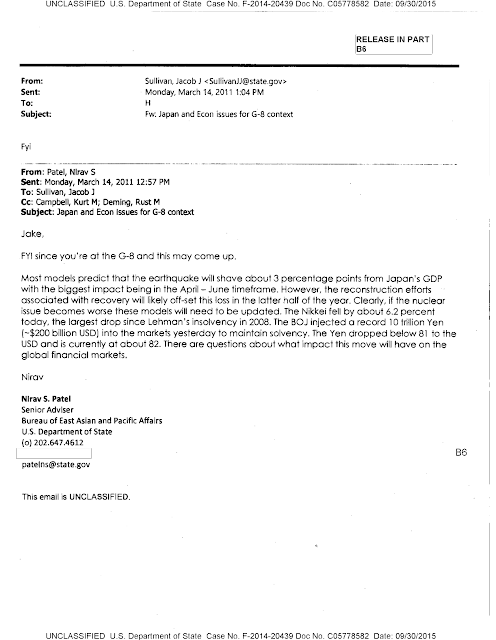 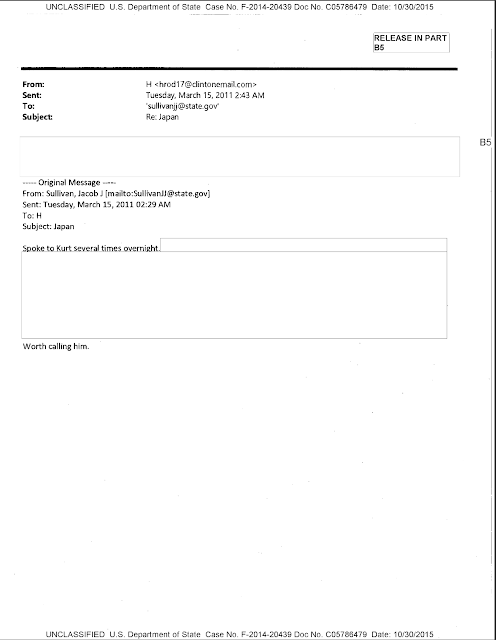 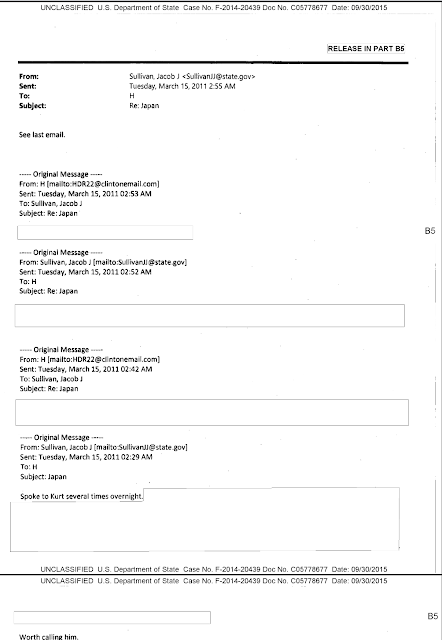 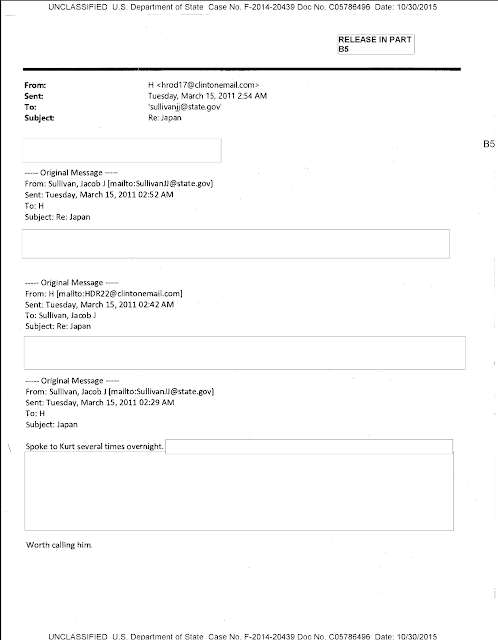 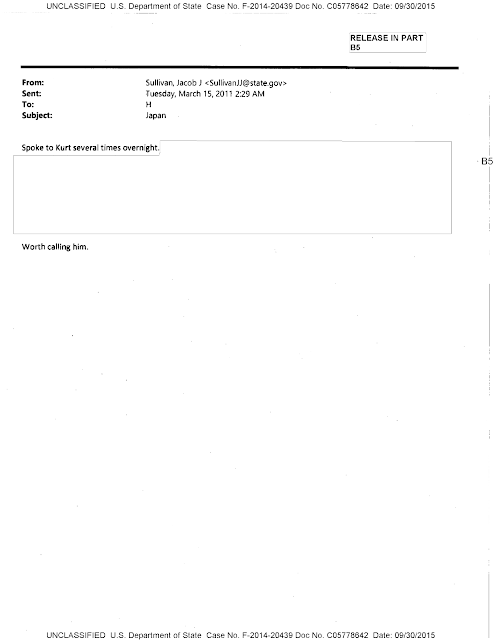 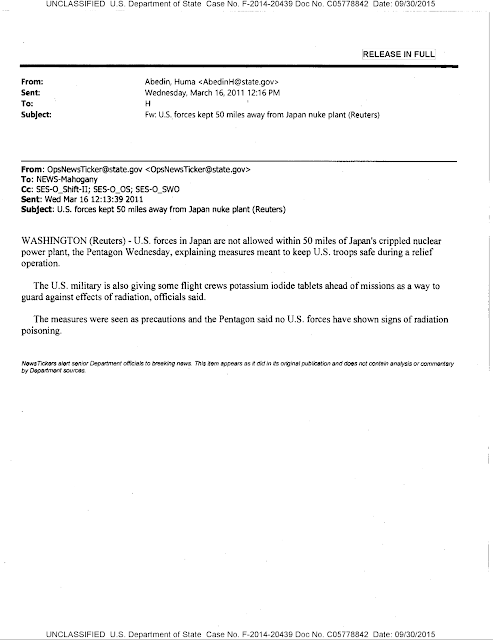 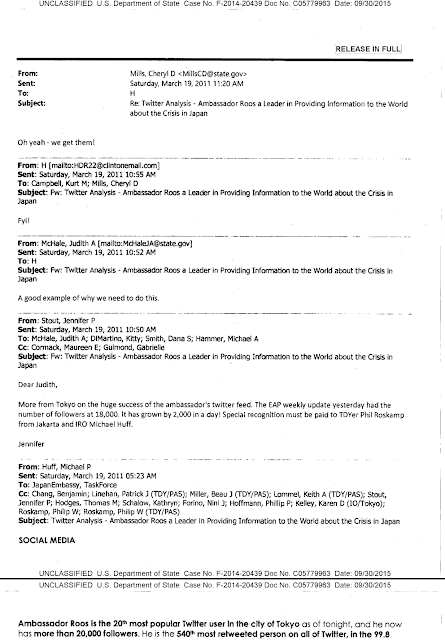 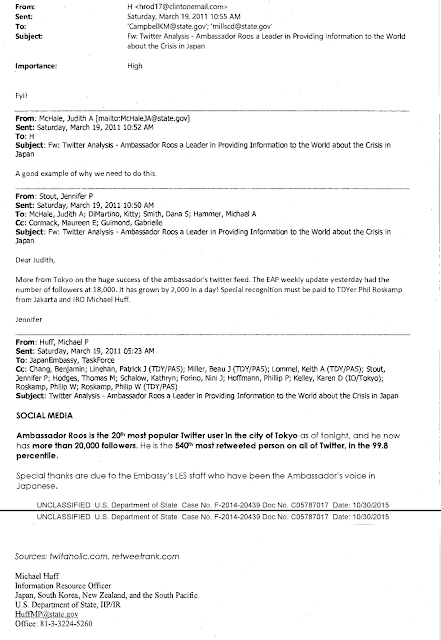 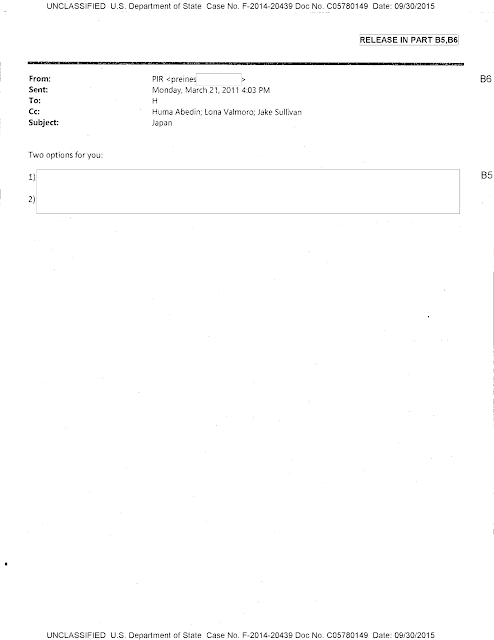 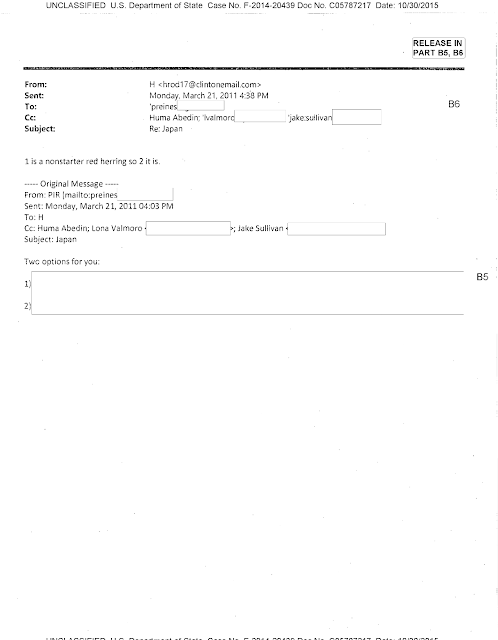 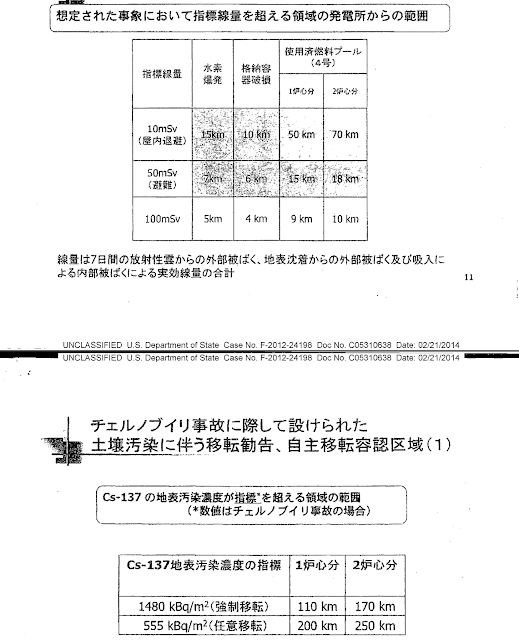 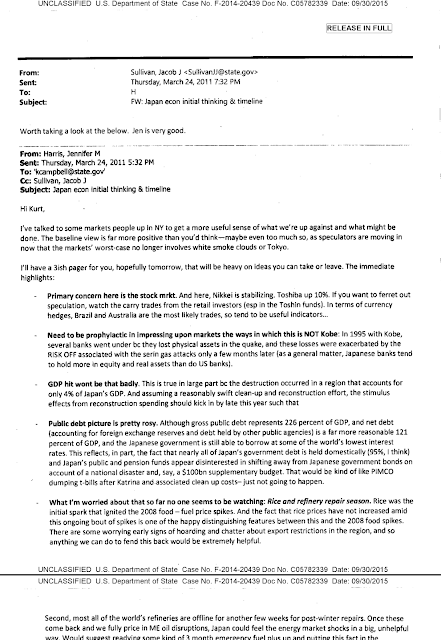 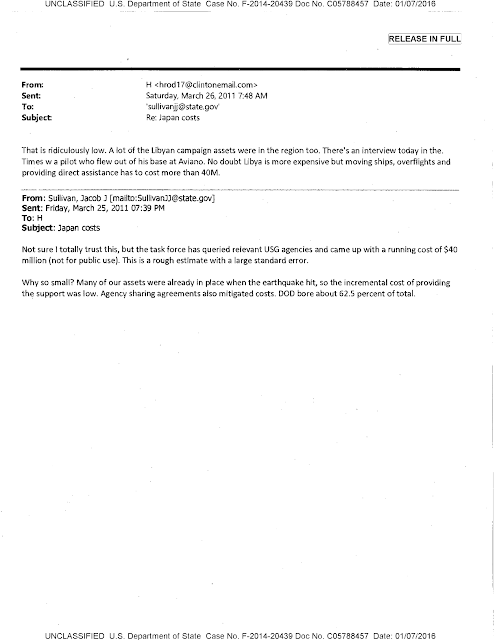 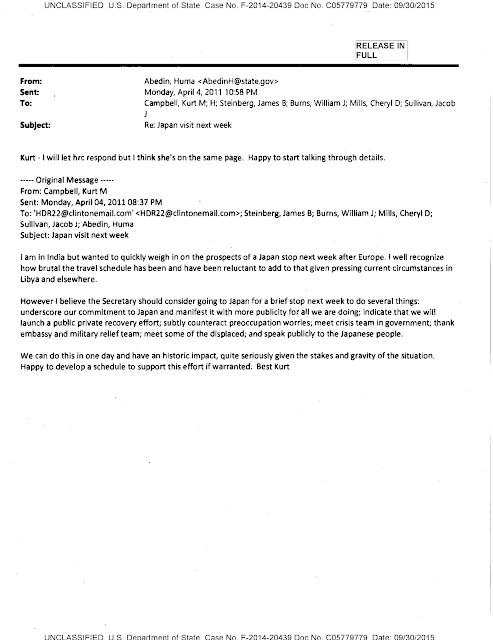 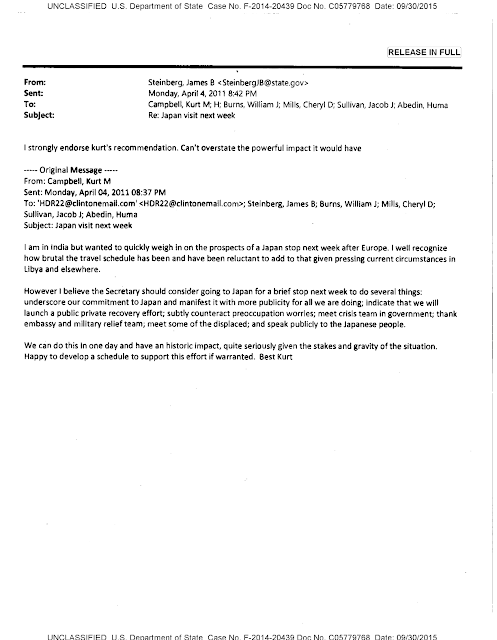 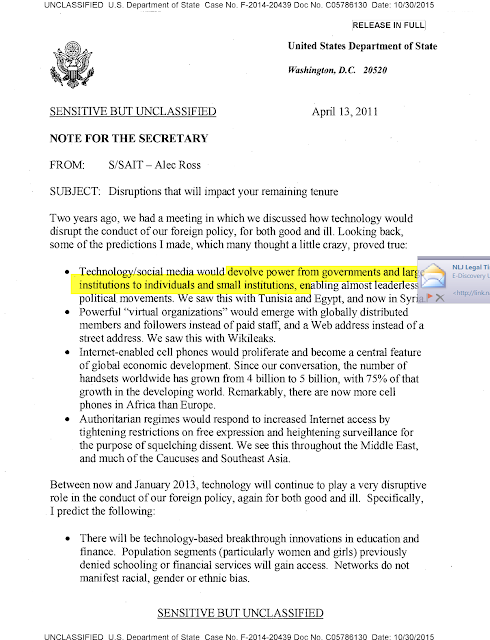 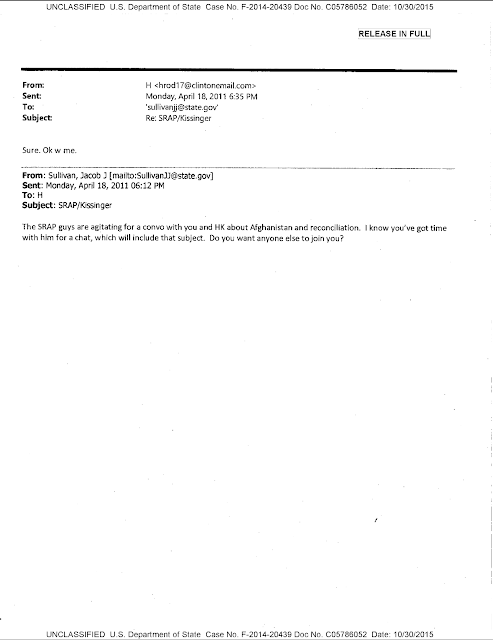 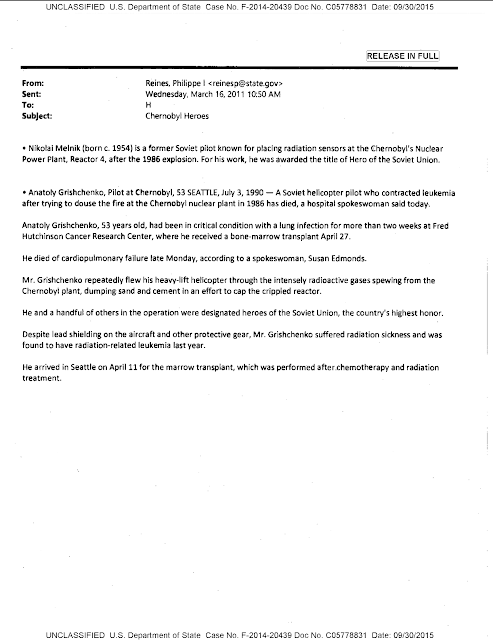 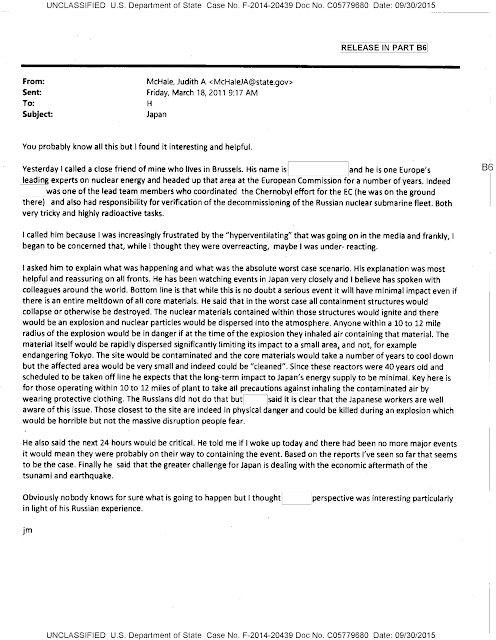 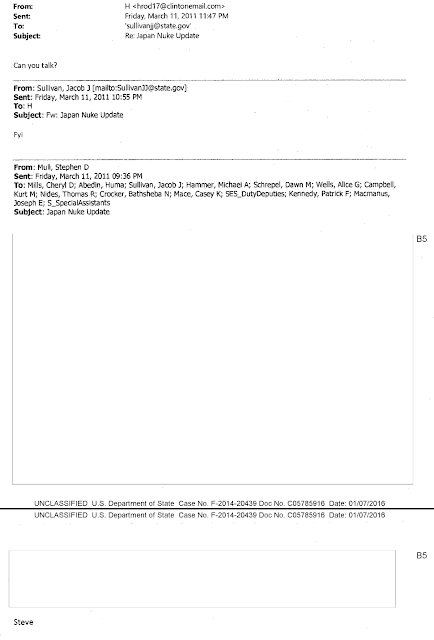 HIllary first press conference to address her illegal email methods. She starts lying about this at 2:55 in the video
Hillary lying for 13 minutes

--------------------------------
Americans, not just in the northwest, are unaware of being rained on with Fukushima nuclear hot particles and eating Fukushima contaminated food because the US government has deliberately minimized the catastrophe, partially due to a pact Secretary of State Hillary Clinton signed with Japan. Gundersen, with a team of other scientists, intends to prove government statements about Fukushima are false.

“The United States came up with a decision to downplay Fukushima,” said Gundersen who is awakening the public with information such as hot particles in rain will continue falling in the U.S., not just in the Pacific Northwest, for another year, and mentioning high-level fallout in Oklahoma a few days ago.
Gundersen told SolarIMG that high-level people he knows in the State Department said Hillary Clinton signed a pact with her counterpart in Japan agreeing for the United States to continue buying food from Japan, despite that food not being properly tested for radioactive materials.“So we are not sampling the food coming into the United States,” he said, repeating, “The US government has come up with a decision at the highest levels of the State Department, as well as other departments who made a decision to downplay Fukushima.”

In April, the month after the powerful tsunami and earthquake crippled Japan including its nuclear power plant, “Hillary Clinton signed a pact with Japan that she agreed there is no problem with Japanese food supply and we will continue to buy them so we are not sampling food coming in from Japan” according to Gundersen.