Is Fukushima Radiation the Demise of the Alaskan Tern (Bird) Or Is It Something Else?

stock here
Well the "scientists" are now asking this question.  Are we shaming them into the truth?

See the story towards the bottom.  Bottom line, they are asking the right question----Is it Fukushima?   And then asking the wrong question "Let's test their eggs for Cesium".

Just like lying Kenny Boy Buessler, who insists on "testing the water" when in fact the biomagnification, the Concentration Factor of radiation in Chitin, is filtering the water.   The water is still 300% to 800% higher than before Fukushima.     If there were no "filtering" effect by marine life, it could be 10 or 50 times higher, given the "inventory" of radiation at Fukushima.

Kenny Boy knows better too.   He knows he is lying, misleading.

Terns eat primarily fish and krill.   Krill bioaccumulate radiation and heavy metals (uranium and plutonium for instance) like a high power magnet due to their "chitin structure".    Seriously.   I am the "discoverer" of this connection between the straw that broke the camels back (Fukushima) and the dearth of the Pacific.    That evidence is here for your reference-- 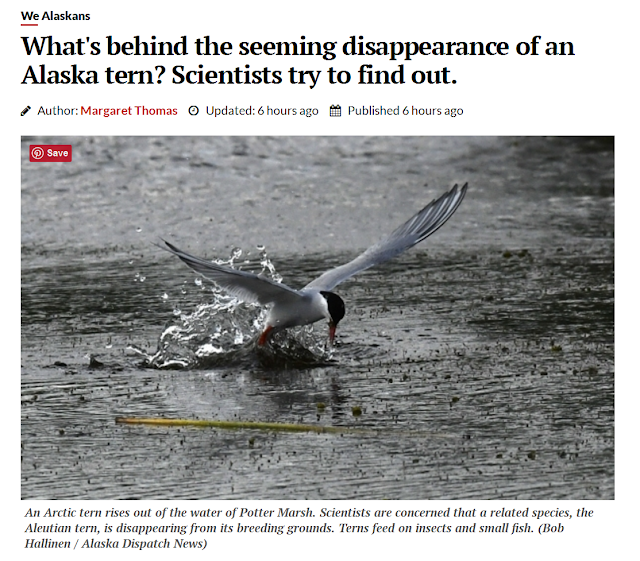 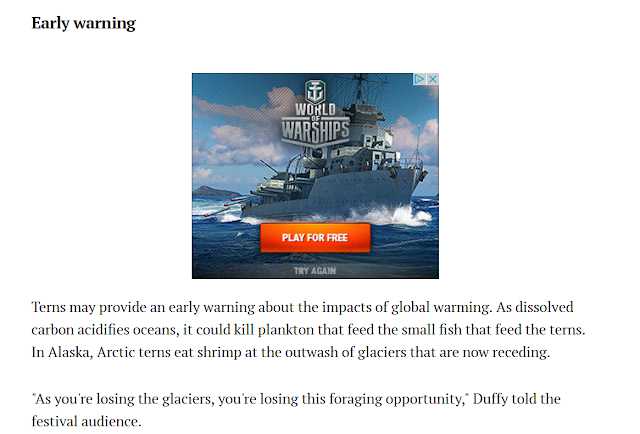