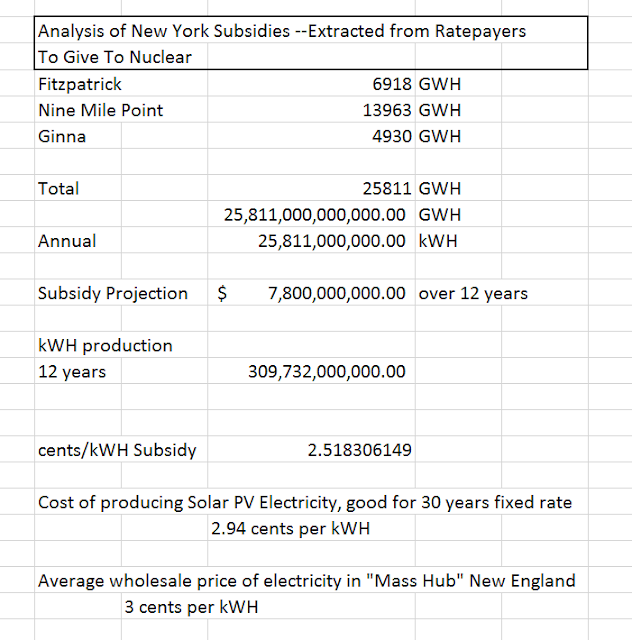 They are proposing that rate payers give an extra 7.8 Billion dollar to subsidize---

That works out to around 2.5 cents per kWH

But solar PV can be implemented at under 2.94 cents per kWH and that price stay fixed for 30 years of production.

The average wholesale price of electricity in New England is around 3 cents per kWH.

So why extract the money from the ratepayer and give it to nuclear.   Nuclear is almost twice as expensive as other generation sources if they need 2.5 cents per kWH EXTRA to "be competitive"

Ginna,  Annual generation of 4930 GWH, already getting subsidies and now proposed to get even more.     Its very old at 46 years.    They were convicted of defrauding the rate payers, and had to pay a $240M fine.

As shown in the excel calculation below, this works out to an average subsidy of 2.5 cents per kWH, over 12 years.

But even on small residential scales, Solar PV can be done for 2.94 cents per KWH.

Here is the proof on the solar cost
http://nukeprofessional.blogspot.com/p/renewable-and-energy-efficiency.html


So why extract almost this same amount from ratepayer to give to nuclear.    Why not just give that money to the ratepayers to put solar on their own roofs? 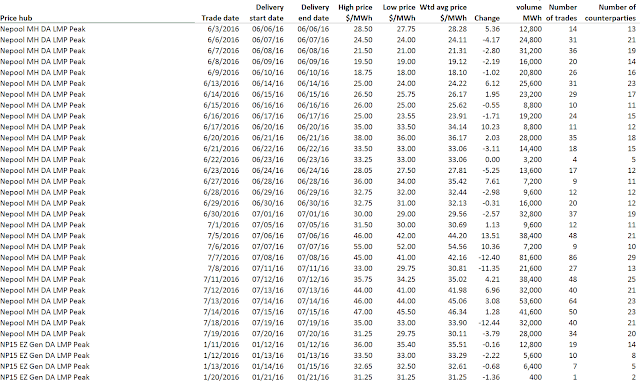