The Latest Fukushima Lie? "The Ocean is Back to Normal"

The latest lie of "Ocean Radiation Is Back to Normal" got picked up far and wide.  See all the links at the bottom also.   stock out

At Nuremberg, some of these scientists were put to death. 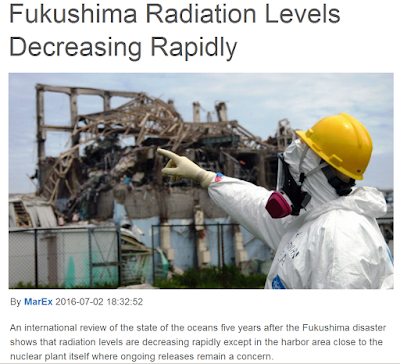 The poster children for the modern Lying Scientists are

Their audacity in telling tall tales has increased.

See the title in the Picture.

No data is presented to make this claim, and in fact, they sloppily also state that radiation is expected to peak in 2015/2016

Quoting from the Article


It is likely that maximum radiation levels will be attained off the North American coast in the 2015-16 period, before declining to around the level associated with background nuclear weapon testing by 2020. 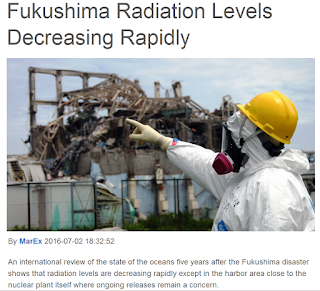 I almost want to puke reading these weak attempts at lies and minimizations.

And of course, they banned me for trying to expose some truth. 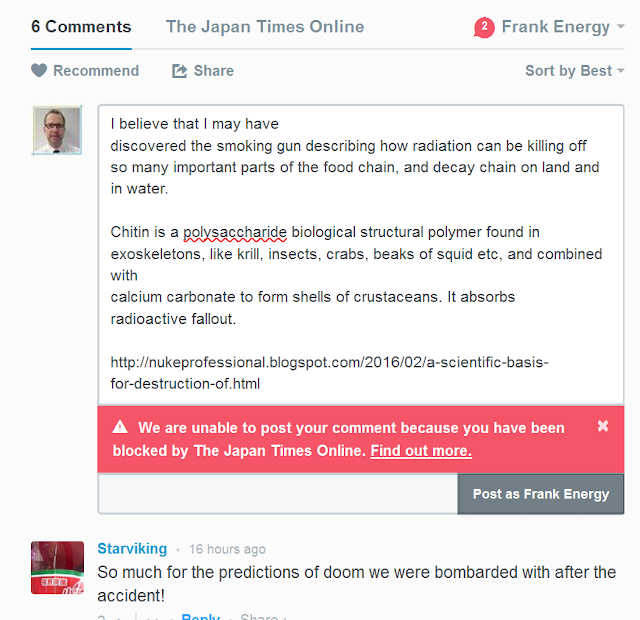 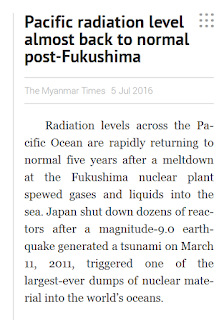 One $cientist, Masque, admitted some truth, their real concern is the drying up of the grant money.   LOL ouch

Masque said it was a major concern that funds were running out for ongoing monitoring of radioactive material from Fukushima.

Pacific Ocean back to normal? Hell no!

A well documented rebuttal to this article is here: Bottom line, radiation is still around 600% to 1000% higher than before the accident, all over the Pacific. The sea creatures have been filtering out the radiation, its called Concentration Factors, There are numerous mass die offs, and a very important biological structure called "Chitin" is a radiation magnet and Chitin is destroyed by radiation.

I tried to post a summary and link to her article on the Japan Times, and it was quickly censored.   Those bastards! 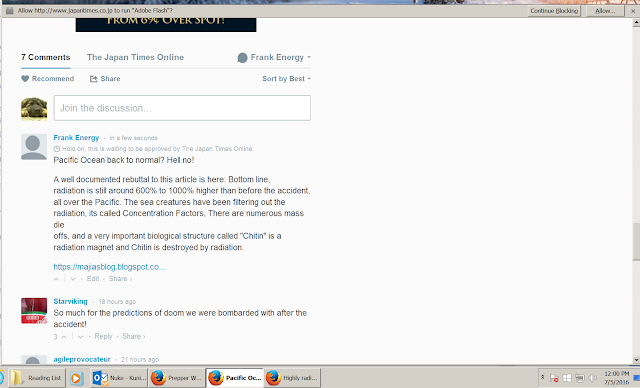 July 6, 2016 at 1:29 pm · Reply
From the article laconic93 posted >>
" If things are “just fine,” why has the EPA drawn up a new proposal that would permit an amount of radiation in our drinking water that would be equivalent to 250 chest x-rays in one year? Eco Watch reports that in early June 2016, the EPA quietly issued several proposals that would allow radiation contamination levels in drinking water that are far and beyond what the Safe Drinking Water Act currently allows."