stock here: We never believed the "kitty litter" story, and THEY were never able to replicate the kitty litter problem even though they spent millions trying to.

In response to an alternate theory that it was Plutonium and Americium decay that was responsible for the explosion, the DOE in all their wisdom had this to say:

“The overarching conclusion of the technical assessment team was that specific chemical contents inside one particular drum, in combination with physical configuration of the materials led to a chemical reaction that breached the drum,” said Steve Horak, a communications specialist with the DOE Environmental Management Field Office in Los Alamos.  “A separate DOE board of experts and an independent expert board confirmed these results and we see no reason to question them now.”


Ah I see.....just because you may have repeated and recurring plutonium explosion underground until the 2000 PSI barrier of overburden sand is breached and then all that nastiness will go shooting into our air....just because of that is "no reason to question the previous unproven theory of kitty litter now".   This goes beyond shame, this is criminal negligence, and Nuremberg trials are warranted.

But Bowman, a former scientist at LANL (former of course, because any currently employed $scientists that are speaking against the party line would be marginalized at best, attacked, or even fired) states that it was far more likely to be gasses caused by Plutonium and Americium decay that overpressurized and then burned and exploded once the container failed due to pressure. 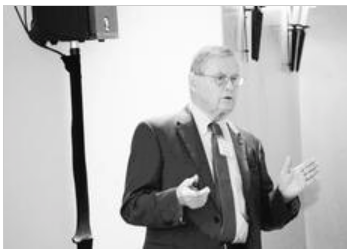 “As matters now stand, explosive gas generation in WIPP will continue for millennia,” Bowman said. “This is a serious problem for the self-sealing, much advertised advantage of low-level waste storage in a salt deposit that will hermetically seal the explosive gas causing growing gas pressure with no means for release until it reaches the 2000-psi pressure of the overburden. However the most immediate danger at WIPP was created by the walling off of the room D7R7 where the exploding barrel was located and where 10,000 other gas-generating barrels are now isolated from WIPP’s improved ventilation system.”