Renegade Scientists -- Now Required for Societal Progress to Be Made 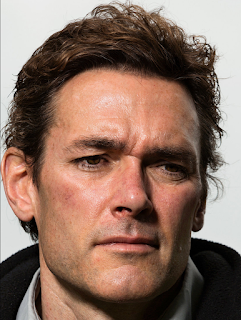 stock here: So many lying grant whore scientists out there "you know how things work".

We need some good ones!  Like this guy, he broke open and stayed on the Flint thing.

BTW, why aren't people, especially kids, in Flint getting EDTA to remove the lead from their bodies?

Until last year, the most famous case Edwards investigated was the lead contamination of the water supply in the nation’s capital — still the worst such event in modern American history, in magnitude and duration. In Washington, lead levels shot up in 2001, and in some neighborhoods they remained dangerously elevated until 2010. Edwards maintains, and spent years working to prove, that scientific misconduct at the Environmental Protection Agency and the Centers for Disease Control and Prevention exacerbated the D.C. crisis. A congressional investigation culminated in a 2010 report, titled “A Public Health Tragedy: How Flawed C.D.C. Data and Faulty Assumptions Endangered Children’s Health in the Nation’s Capital.” It confirmed many of his allegations, but the experience was for Edwards a decade-­long ordeal that turned him into a reluctant activist — or as he prefers to say, “a troublemaker.”

For television appearances, Edwards will put on a suit and tie, and the tie almost always bears a picture of some endangered animal: a giant panda, for instance, or a water buffalo. But on the morning we met, in his lab at Virginia Tech, he was dressed in a black track suit and a pair of running shoes — the uniform he prefers. At 52, he has the youthful yet slightly skeletal good looks of an avid long-­distance runner, which he is. “Before Flint, I was running 50 miles a week,” he told me. “Now I’m down to 27.” Running keeps him sane, he says, or at least saner than he would be otherwise. More than once during his investigations into D.C. and Flint, he wondered if he might be losing his mind.


“Before D.C.,” he told me, “I think I was a normal professor.” In the sciences, normal professors with tenure do not maintain websites on which they publish incriminating emails obtained under the Freedom of Information Act. Or habitually refer to unethical bureaucrats as “pathological lying scumbags.” Or allude frequently to Orwell’s “1984,” Arendt’s “The Origins of Totalitarianism” and Ibsen’s “An Enemy of the People,” an 1882 political drama about polluted water contaminating the profitable baths in a Norwegian town. Of his fellow tenured scientists, a normal professor doesn’t say things like, “We are the greatest generation of cowards in history.”
Posted by Stock at 12:02 PM