The Electric Universe Model -- Another Instance of $cience Failing Us 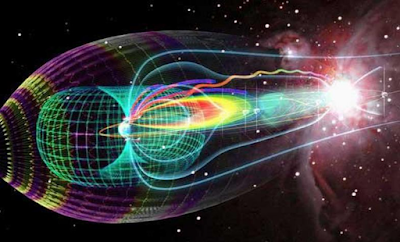 stock here-- Much of science has been known for decades or longer.    But only "mainstream
science" is taught in high school and colleges.

Somehow this controls the narrative, and controls how even our "best and brightest" think.    They think inside the box, they have lost the ability to actually think for themselves.

This is just one example, the Electric Universe, being popularized by Suspicious0bservers, et al is telling.    And is their work on Space Weather.    And one example of how "our star", the sun, and magnetism affect really large earthquakes on Earth.

This doesn't fit well with the "human centric" view that we thought we got past hundreds of years ago.     The three pound insane hairless ape brain is pretty disappointing as an evolutionary tactic, it's SAD, Species Assured Destruction.

See 2nd article below.   So much is known, yet poorly disseminated.  Instead, we get "Common Core" education in which students are forced to do math by drawing pictures of cows, and are penalized for "stacking".    If  you don't understand how absurd and horrible this is, do some Google work on that.

The powers that be do not want the little people to get distracted by REALITY, and to be aware of the grave risks we are at via

There are those that depend on our dependency.      They want the little people to KNOW that "they" have it all covered.     By the reality is showing itself in more and more ways, and the further the game goes, the harder it is to cover up.

This gives a power output of around 400 megawatts (MW), which is ultimately regenerated by the power of the Sun that affects the ionosphere, as well as the troposphere, causing thunderstorms. The electrical energy stored in the Earth's atmosphere is around 150 gigajoules (GJ).

The Earth-ionosphere system acts as a giant capacitor, of capacity 1.8 Farads.
The Earth's surface carries around -1 nC of electric charge per square meter.

Regarding how our magnetic field is changing, what is understood today in the scientific community is that the solar wind presses against the Earth's magnetosphere almost directly above the equator, where our planet's magnetic field points north. Scientists previously believed that if a bundle of solar magnetism came along and pointed north, too, the two fields should reinforce one another, strengthening the Earth's magnetic defenses and slamming the door shut on the solar wind.

In the language of space physics, a north-pointing solar magnetic field is called a "northern IMF" (interplanetary magnetic field) and it is synonymous with "shields up".

The big surprise is that when a northern IMF came along, the shields went down. This has completely overturned many scientists' understanding of things. As researchers investigated the tear in the magnetic field, they discovered that 20 times more solar wind passed into the Earth's protective shield when themagnetic fields were aligned.