Did Nuclear Bombs Heat Up the Overall Earth? 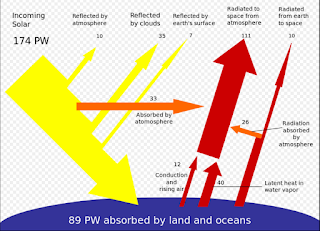 The Earth receives 174,000 terawatts (TW) of incoming solar radiation (insolation) at the upper .[5] Approximately 30% is reflected back to space while the rest is absorbed by clouds, oceans and land masses. The spectrum of solar light at the Earth's surface is mostly spread across the visible and near-infrared ranges with a small part in the near-ultraviolet.[6] Most of the world's population live in areas with insolation levels of 150-300 watts/m², or 3.5-7.0 kWh/m² per day. 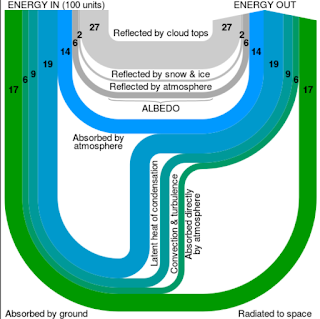 Therefore the Insolation is around 89,000 Terawatts.     That is a rate of energy delivery, or power.

In 1 hour it would be 89,000 Terawatt-Hours (like a whole lot of KiloWattHour which is what you buy from the electric company).     And in a whole day, times 24,

How much energy in an atomic bomb, here is a handy chart, that tallies it for us--- 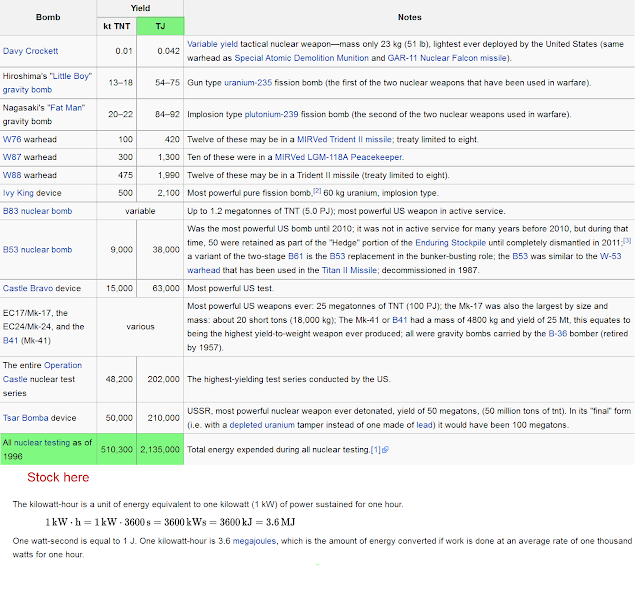 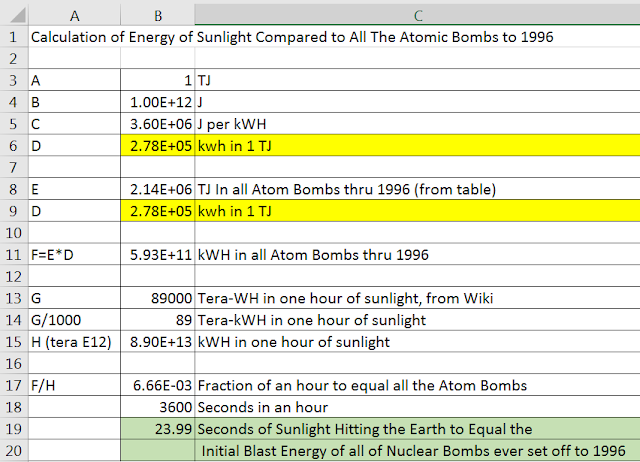