Who is this guy Podesta?   He has been messing with top ranks of the "system" for decades, back to Clinton days.   See below for more on him and contact information.

Podesta made the incredulous claim today that

“The world now knows, beyond the shadow of any doubt, that the hack of the Democratic National Committee was carried out by the Russian government in a clear attempt to interfere with the integrity of our elections,” he said.

stock here: Expectedly, he ignores the fact that what was revealed by the hacked emails was that the Democratic party acted illegally and stole the nomination from Sanders.


Now the Obama administration, through the Department of Homeland Security’s Office of the Director of National Intelligence, is backing her claim.
In a statement that appeared just days ago, the agency said, “The U.S. Intelligence Community is confident that the Russian Government directed the recent compromises of emails from U.S. persons and institutions, including from U.S. political organizations.”

ODNI said the recent “disclosures of alleged hacked emails on sites like DCLeaks.com and WikiLeaks and by the Guccifer 2.0 online persona are consistent with the methods and motiviations of Russian-directed efforts.”

stock here: hmmmm, so that seems to be much less a "beyond the shadow of a doubt" just a simple comparison.   I mean if they had some real evidence, they would certainly lay it out for the best "damning effect" on Putin and Trump.

We are back to the New World Order shenanigans again.   Putin wants to remain a sovereign country (admittedly he wouldn't mind getting some territories back).

Reading Podesta emails, makes it clear, that much of the disdain for "little people", the use of mass media to spill their propaganda, that Clinton hates the average person.....things that we all pretty much deeply suspected, are CONFIRMED.


Here is his email and webpage at Gerogetown Law

Oh, he is 100% on board with the Climate Change, Florida going under, and Carbon Tax.   This guy is really a tool. 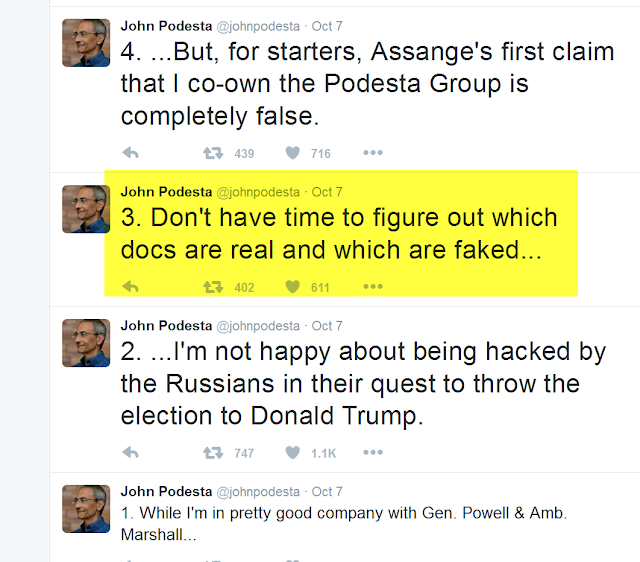 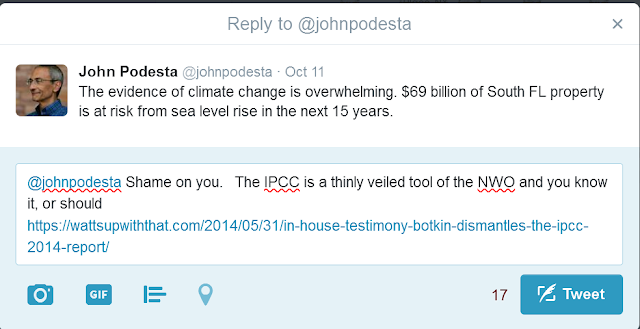 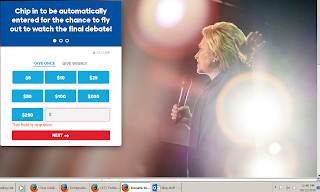