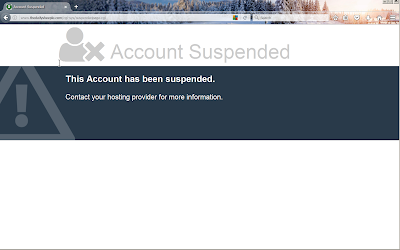 One day after Obama and Merkel deplored the "fake news" sites, and then Jewish Zuckerberg
promised to eliminate "fake news" from Facebook.....

The very popular, anti-establishment site called the Daily Sheeple has been axed.

Who is next?   Zerohedge?

Nukepro?   LOL hosted with a Google blogger account....time for a change!    And a complete archive.

Friday night, the Facebook co-founder Mark Zuckerberg went on his vast social network to convince an expanding chorus of critics — including the departing president of the United States — that he honest-to-goodness wants to combat the “fake news” that is running wild across his site and others, and turning our politics into a paranoiac fantasy come to life.

stock here -- so I guess "conspiracy theory" isn't strong enough, not deplorable enough, so they up the ante to "paranoiac fantasy come to life"

They must have "fake news" at the NYT, because a Google search brings up all kinds of results.