$106.7 BILLION giving to "Scientists" Who Then Produce The Results That Politics Demands

According to the GAO, annual federal climate spending has increased from $4.6 billion in 2003 to $8.8 billion in 2010, amounting to $106.7 billion over that period. The money was spent in four general categories: technology to reduce greenhouse gas emissions, science to understand climate changes, international assistance for developing countries, and wildlife adaptation to respond to actual or expected changes. Technology spending, the largest category, grew from $2.56 billion to $5.5 billion over this period, increasingly advancing over others in total share. Data compiled by Joanne Nova at the Science and Policy Institute indicates that the U.S. Government spent more than $32.5 billion on climate studies between 1989 and 2009. This doesn't count about $79 billion more spent for climate change technology research, foreign aid and tax breaks for "green energy."


stock here:  This is an incredible amount of money to produce a "result" showing man caused climate change.      But just a small fraction of the addition extraction of wealth from the tax payers of $17T to "fight carbon" and that is just phase 1

So those payments to "scientists" are just a small fraction of the budgeted amount of $17T.

What the heck is going on here?   Forbes is actually writing articles that make sense. 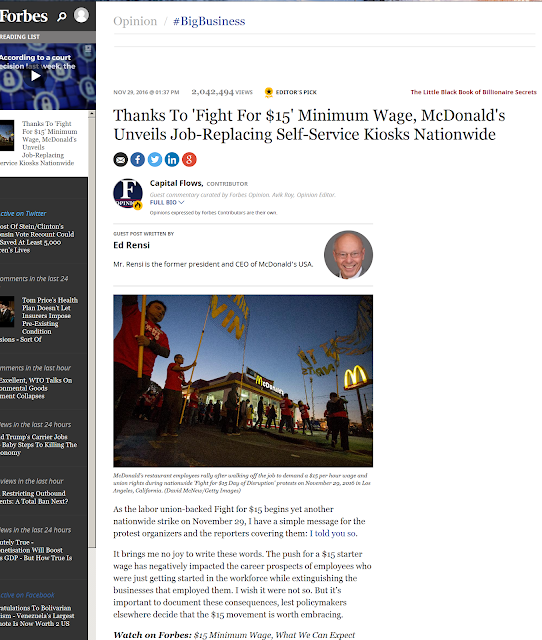