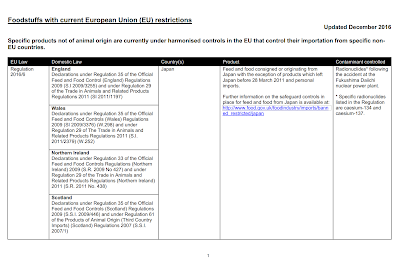 No wonder Japan placed so much value in the USA's (ala Clinton) promise to buy their radioactive food without testing. The EU is testing all of the food coming in. To be fair, all food is tested, via spot checks on 5% of it. That is quite a bit of cost in testing. 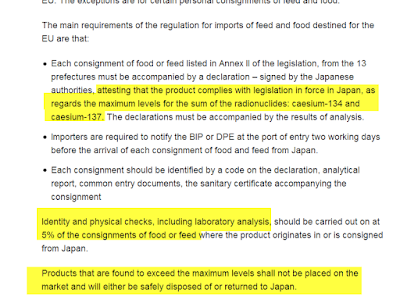 No additional tests were performed during the trial.    No additional labs were brought in.   They simple found him guilty.

HERE IS HIS ORIGINAL STORY it was hard to find.   Which is amazing, you would think that every online story would link to it so people can review the story.