Wisconsin tips the election away from Globalism, now Wisconsin gives a dirt nap to the "idea" that human greenhouse gases are causing climate change.

Instead the official position is now that "as is has done throughout the centuries, earth is going through a change"


Here are links to the Internet Archives WayBack Machine’s version from October:
Climate Change and Wisconsin´s Great Lakes [October 2016]
and as it is today:
The Great Lakes and a changing world [December 2016]
Great post Bob, made my day here in Wisconsin a little brighter.
And yes the sun is shining here as I post (-:


It’s funny that in the Oct 2016 version, for the three bullet points listed that scientists agreed would happen, the exact opposite happened on the first two and the third one didn’t happen. No wonder they wanted to get rid of that wording, it was all wrong.

But when anything having to do with Berkeley is more reasonable, than say Madison's position, the Madison (if they had any sense), would be re-assessing just what level of bat shit crazy they are.

Robert Rohde, Lead Scientist with Berkeley Earth, said “The record temperature in 2016 appears to come from a strong El Nino


Of course Berkeley Earth doubles down with


the results that are most solidly established are that the temperature is increasing and that the increase is caused by human greenhouse emissions. 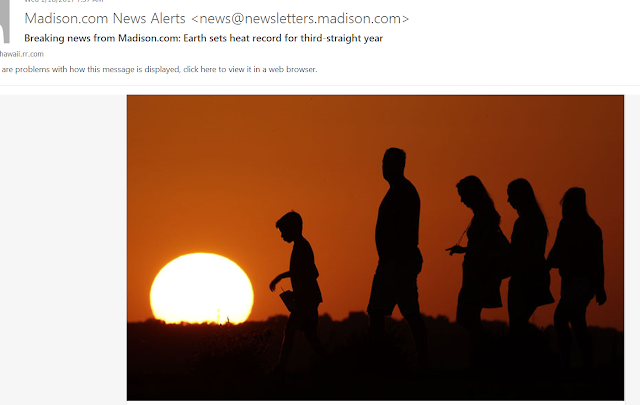