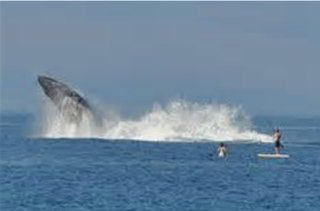 Hey y'all.   I am heading off to Hawaii next week and stay through March.     I will be "applying" to be a volunteer for the Feb 25, Oahu Count.


Nukepro did a ton of stories on the whales last year.   They were suspiciously absent and we called it out. 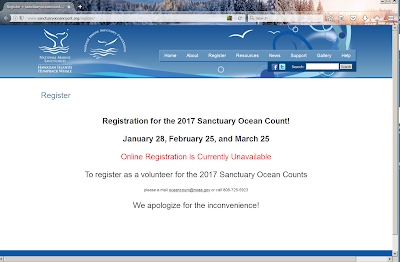 We watched whale cam after whale cam, and didn't see a single whale on those cams.

Mainstream "Everyone" started making up excuses for the whales.   Of course the whales are a huge part of the tourist industry, but even the researchers started lying, I called it Whale Gate and it did play out like that.

We also watched as many Youtube videos as we could find.   We noted that the whale song was different, more lugubrious, less of a song than a screech.

And the movements and surface activity, we pointed out that it was far less active, far less breeches.   Just search for "whale" in the search box, and you can see how I was pounding on these topics.

Now the conspiracies come home to roost.    Whale Trust Maui verifies that all my conspiracy theories, were in fact, Conspiracy Fact.

The winter of 2016, in terms of the sheer number of whales and the behavior of whales on breeding grounds across the North Pacific, was undeniably one of the strangest on record. There were noticeably fewer whales, changes in migration patterns (the breeding season started later and ended earlier), dramatic changes in behavior (less surface activity associated with mating strategies, longer downtimes), and fewer mothers and calves observed. In Hawaii, we speculated that far fewer females had shown up than usual. If indeed this is true, where were they? Did they not migrate as far south as usual? Did they stay on or around the feeding grounds? If so, how has will this affect reproduction going forward?

We have no idea what happened in 2016 or why. One aberrant season does not warrant a crisis. However, what it did emphasize was an almost shocking lack of knowledge about these animals, and the stark recognition of a large gap in current research efforts. Systematic monitoring on the abundance of whales on breeding grounds has become nearly obsolete over the past ten years. Without collecting this kind of consistent baseline data it is impossible to determine just how different from “normal” 2016 really was.

Over 100 citizen scientists worked with Pacific Whale Foundation researchers on Saturday, February 27, 2016 during the Great Whale Count. They recorded a total of 732 humpback whale sightings off the coast of Maui, including 83 calves. This year's count had significantly fewer sightings than the 2015 count, which recorded 1,488 whales (99 of which were calves).

One tour company had this to say in 2017 via email

We're having fantastic whale activity this year. Check us out on TripAdvisor for reports from recent whalewatchers. Hope to have you join us!