It's All Dead: on Canada's Coast, And in Wisconsin 2 Wins, Help for Bees

(CNN)The carcasses of thousands of sea creatures have mysteriously washed up on the western coast of Nova Scotia. As many as 20,000 fish, lobsters, starfish, scallops, crabs and other animals have turned up dead at Savory Park, Canadian authorities said. And they have no idea why. 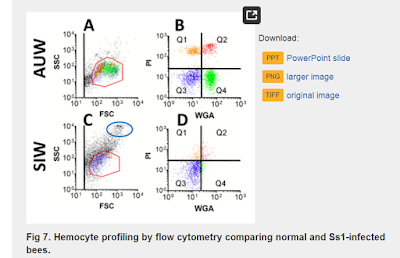 Global loss of honey bee colonies is threatening the human food supply. Diverse pathogens reduce honey bee hardiness needed to sustain colonies, especially in winter. We isolated a free-living Gram negative bacillus from hemolymph of worker honey bees (Apis mellifera) found separated from winter clusters. In some hives, greater than 90% of the dying bees detached from the winter cluster were found to contain this bacterium in their hemolymph. Throughout the year, the same organism was rarely found in bees engaged in normal hive activities, but was detected in about half of Varroa destructor mites obtained from colonies that housed the septic bees. Flow cytometry of hemolymph from septic bees showed a significant reduction of plasmatocytes and other types of hemocytes. Interpretation of the16S rRNA sequence of the bacterium indicated that it belongs to the Serratia genus of Gram-negative Gammaproteobacteria, which has not previously been implicated as a pathogen of adult honey bees. Complete genome sequence analysis of the bacterium supported its classification as a novel strain of Serratia marcescens, which was designated as S. marcescens strain sicaria (Ss1). When compared with other strains of S. marcescens, Ss1 demonstrated several phenotypic and genetic differences, including 65 genes not previously found in other Serratia genomes. Some of the unique genes we identified in Ss1 were related to those from bacterial insect pathogens and commensals. Recovery of this organism extends a complex pathosphere of agents which may contribute to failure of honey bee colonies.