Posting this for now.   Analysis will have to be done by MVB or someone else with skills and time.     I have no time now.   Finishing my last few days of solar work in Hawaii, and it is a bit beyond crazy what remains to be done.

Why is Nuclear and Radiation Always Covered Up When Accidents Happen? 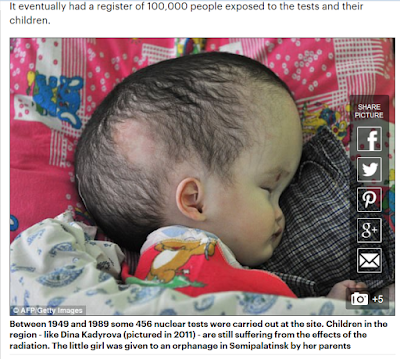 stock here: Indeed, they always try to cover up accidents, it is usually 3 or 4 days before they "fess up" and that is usually only after other radiation monitoring sites have busted them dead to right.

Here is an example from old Russia, they successfully covered up a disaster they say is 4 times bigger than Chernobyl.     You will never get truth from the nukists.   They will knowingly poison you while trying to protect their precious technology.

Doctor Mercola Needs To Be Enlightened on Fukushima

stock here: I often get emails from a reader who likes to be referred to as "Lot's Wife".

Google that if interested, but basically its a woman looking out over a wasteland, our increasingly toxic environment.

We need information, methods, resources, ways to combat this toxic environment, first for ourselves, our own bodies and minds, and then secondly for the overall system.

Put your own oxygen mask on first, or you won't be able to help others.

Doc,
You've gone off the rails...microfibers and zip on the 6th-going-on-forever anniversary of Fukushima.

Clearly, you are in denial. WTFU.

I was raised on Alaska salmon but no longer eat it. Why?

Learn about bio-magnification and bio-accumulation; share with your readers. They deserve to know the full story of the Pacific Ocean's travails.

The answer is no.   Even economics can kill civilian nuclear power.    The sociopaths that be just love the power they receive from "You can't prove that nuclear is the thing that killed your baby".    They corrupt the governments and regulators, such as in new York, and they fleece the rapepayers by $8B just to hand it to the dying industry.


This story of the "Deep State" is going viral, with the "fringe", the red pill takers. Lot's Wife says Sibel is heading up a new org with a mission of exposing the rot at the top. If you see the same mess, you'll be impressed with her command of the challenge. She has seen it up close. The boot of repression has been on her throat for daring to tell the truth. If you don't know her story, you should. She points to an infection that needs a lot of sunshine. Sibel is one of the brightest lights around. This video is 80 min. Excellent quality. She speaks directly to the camera, w/ clarity; dense with detail; no repetition. If you are new to Sibel, enjoy the ride.
Posted by Stock at 1:47 PM 0 comments

As California prices itself out of any semblance of a functioning business and natural eco-systems, they seem to have a need to accelerate the process.

It is hard to imagine a society giving a free pass to those who promulgate an "indoctrination system" rather than a real education system.

Lyrics transcribed courtesy of John Bertucci:
partial transcript...
Long ago, human beings lost their true sense of time, and because of this, their senses grew dull and they lost other-dimensional creative powers that would be unimaginable today, like telepathy and advanced powers of thought.
Ever since then, evil people have created a false sense of time to keep those abilities smothered.
Using the science of destruction, they built civilizations dependent on material things and created religion to force their self-serving rules on a bewildered populace, while behind the scenes, they monopolized energy and built money-based economies, snuffing out our powerful natural abilities.
Over thousands of years, genetic memory loss set in: after numerous reincarnations, here we are, having completely forgotten those abilities. We all have collective amnesia!
Talking about four-dimensional science and philosophy may bore people who have no interest in fantasy, so let me put it simply: For a long time, some people have made money by destroying nature and irresponsibly making dangerous products, all while using the media to deceive the masses and inflicting horrible pain and suffering on those in harmony with nature.
The electricity powering our lives is no exception — it’s built on the suffering of others.
But peer deep into Pandora’s box and you’ll see advanced technologies that harness natural energy without destroying nature.
With technologies like solar power and other renewables, we can get all the electricity we need without nuclear power, and cheaply, too.
We could shut down all the nuclear plants and easily make up the difference by operating our hydroelectric and thermal power plants at full capacity.
But powerful interests hide this fact from us.
Why? Because of money! Money! Those people are terminally insane!
Power companies get up to a trillion yen (about US$13 billion) in subsidies from the government to build a nuclear power plant. Once the location is chosen, the power company showers the locals with money.
They take the guys to hostess bars and the old people to hot springs.
Wine and dine, wine and dine! And they lie to them about the nuclear plant being good for the local economy.
They actually have a manual on how to use money to divide the community into supporters and opponents.
Fishermen even sell off their fishing rights for enormous sums.
Then there’s a PR barrage that’s nothing but propaganda, about safety measures and secret dangerous experiments.
Where does the money for all that come from? From your taxes!
This is how Japan has aggressively constructed 59 nuclear power plants, either operating, decommissioned, or planned.
That means we are now living with over 50 time bombs strapped to our bodies.
If even one blows up, the entire area around it becomes uninhabitable for all living things, and contamination slowly spreads all over. That’s not pleasant to imagine.
Japan built these reactors under the banner of peacefully using nuclear power, but the real reason is that the government wants nuclear weapons.
...