Climate Scientist Recognize That Cities are Heat Islands. But Then Claim Thsi Effect will Double the Cost of Climate Change While Refusing to Correct Data From the Cities 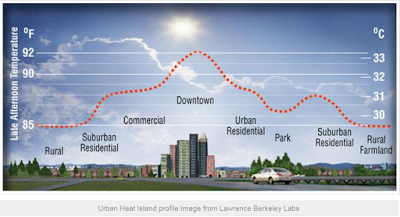 Tens of Thousands of Air temp Sensors are Located in Cities That Were Much Smaller 20 Years Ago.

And they are registering higher temperatures.   But NOAA refuses to "correct these downward" whilst they correct other temperatures upward, so they can show some warming, and so they can achieve the political objective of the Paris Climate Agreement.

Seems a wee bit on the hypocritical side, doesn't it?

===========================================
From the UNIVERSITY OF SUSSEX and overheated climate science department, comes a claim that just doesn’t seem plausible, suggesting that in the future, nearly 11% of a “worst-off city” gross domestic product would be consumed by UHI boosted climate change. On the other hand, the study is by Dr. Richard Tol, who is well respected by the climate skeptic community. He does have a point about “the effects of uncontrolled urban heat islands”