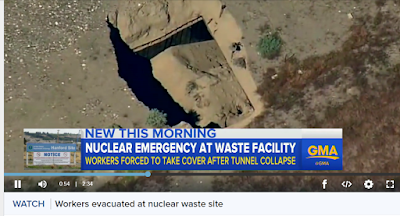 They have since infilled it with 55 truckloads of dirt, so that will slow the release.   But still allow rainwater to leech the nuclear waste into the groundwater.

May 12, 2017 at 3:16 pm · Reply
From the Hanford website:
"There are four events that would cause an unmitigated exposure of at least 25 rem to a non-worker located 100 meters away: • An atmospheric dispersible event caused by a partial or complete failure of the PUREX structures. This would be a short acute ground release duration event without plume meander causing the following unmitigated exposures. Storage Tunnel No. 1 –58 rem; Storage Tunnel No. 2 –76 re; 202-A Building and systems –120 rem. • A fire in PUREX Tunnel #1 associated with its wooden structure could cause an unmitigated exposure of 70 rem. • A partial collapse of the 202-A building roof could cause a 25 rem exposure. • A fire in the N-Cell could cause an exposure of 25 rem because of the residual inventory in the gloveboxes, potential combustibles, and potential ignition from S&M operations."
That explains why the folks at Hanford sent everyone home. 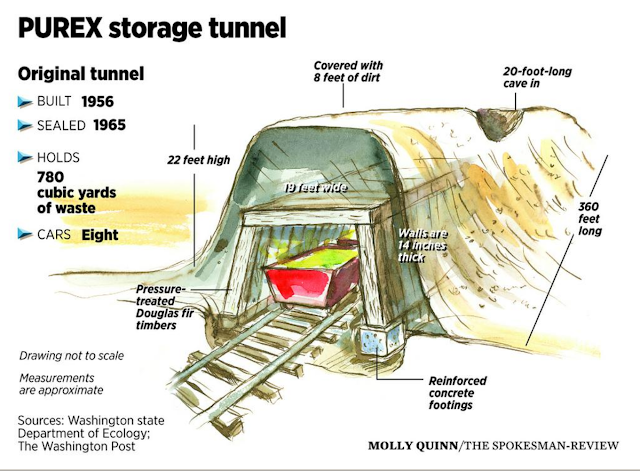 This link found by missFrill has a wealth of Hanford information.

This site is dedicated to pounded on the horrific Hanford.

We track all news articles and reports generated about Hanford and post them here. Check back regularly, as this page is updated daily. For archives of articles from 2009 - 2016, click here.