Global Warming (NOT!), Rising Sea Levels (Falling or Small Rise), We are Gore-d by Fake News from the MSM

After the big El Nino 2017 is likely to be cooler than 2016 and could well be the start of a cooling trend that might not work out that well.   I was just checking out suppliers for an additional greenhouse, I put my money where my best estimates are.

If we get warming, awesome, a greener wetter planet will be a net good thing.   But I think we get cooling.   Due to the sun, and not hardly due to sunlight “insolation” changes which are quite small, but due to magnetics, and the cloud nucleating affects of cosmic rays which are affected by magnetics.   A magnetically quiet sun (low sun spots) allow more cosmic rays to penetrate our atmosphere.   There – fixed it – Billions spent on lies and corrected by 2 mechanical engineers in the home offices in 2006/2007. 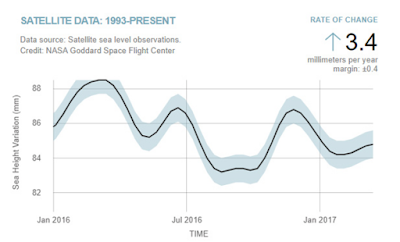 At least the ocean levels, that went up 8” in a century are now dropping, a bit surprising, but that is what NASA is saying.    Certainly nothing like the catastrophic warnings of Florida being submerged, and those poor little Pacific Islanders that are going to be “wiped out” by the massively accelerating ocean levels “beyond what we have ever seen before”, hysteria.

Of course, due additional due diligence. 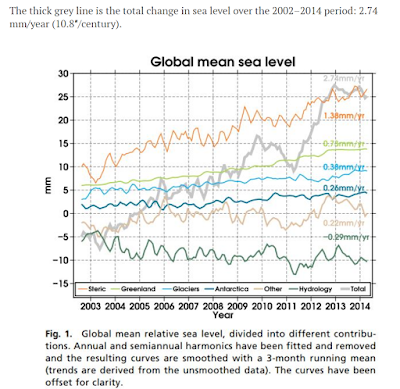 Here is a different take on “slowly rising oceans”

Not my favorite site, but they do deal with the massive fraud on jiggering the temperature data to push through “Paris”

The One Central Government peeps who have been pushing the refugees into Europe to decease national pride and make all countries equally bad….are now second guessing their “strategy”.

But that won’t stop Al Gore from trying to make more money on his carbon trading ventures by threatening “even more refuges due to Global Warming”.   Al also reminds us that Brexit was not predicated on a dysfunctional EU, but because of refugees (which is partly true).

And California’s moonbeam Governor insists “Existence of humanity rests on extending California’s cap and tax law”.   Well he just did it.   Good Work!!!!    Using the most beneficial IPCC calculations on the effect of California if they keep funding that policy to the end of the century, they will have a massive impact on global temperature, and it will only cost $25B per year.    The effect?   Per IPCC’s only calculations-----  about 0.008 deg F reduced global temperature.   IF you believe the IPCC calcs.