Hippie Dog is an enigma, not in a good way.    He tells experts like Code and stock that they don't know anything, and then he comes up with this drivel, below the line.

I wrote the bottom part of this July 10, after a particularly vacuous comment by Hippie Dog, but July 9th, I had discovered Hippie Dogs link to the lamars world site, and made these screen captures.   The Lamar site attempts to "minimize" the appear of radiation alerts in USA, compared to the NETC that they claim they are replicating. 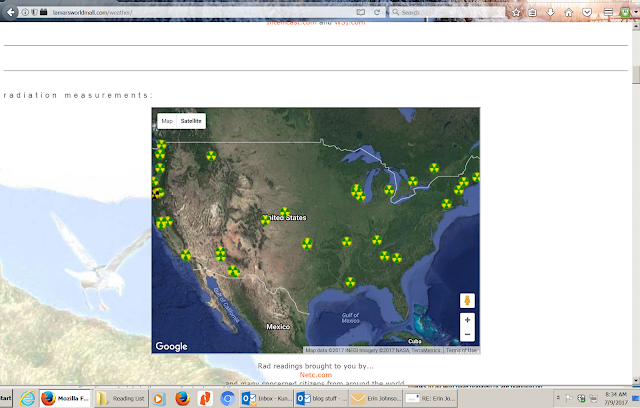 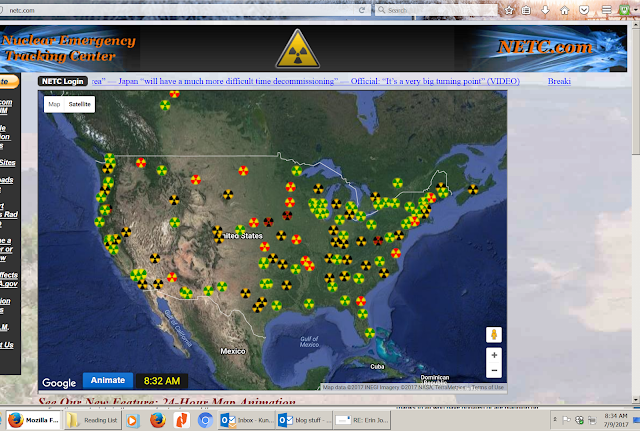 
It's hard to tell if some of these actors and paid to disrupt and demean, or just plain freaking stupid or insane.    PT Anne accused me this week of trying to steal the credit card right out of her hand.     I shouldn't make fun of the stupid and insane, but when they don't even know they are stupid or insane, and they attack me and accuse me of crimes, well, I'll take the shot!

There is a boycott at ENE today, protesting the complete lack of admin level control over deleterious trolls or worse.

July 10, 2017 at 1:19 pm Log in to Reply
Well before you waste your time on a naother fairy tale troll subject considerate this one…

K-40 is NEVER found in nature, K-40 is only found when someone creates it (man made)…
Wanna compare fake apples to apples? Or fairy tales to fairy tales?
A great waste of time for insane folks trying to pass the time, a complete waste of time for sane, even slightly educated people above the age of 12…
Go figure…