After Fukushima, Shark Attacks in Hawaii up 299%

I would say 90% of the increase can be explained by destruction of the Pacific food chain. 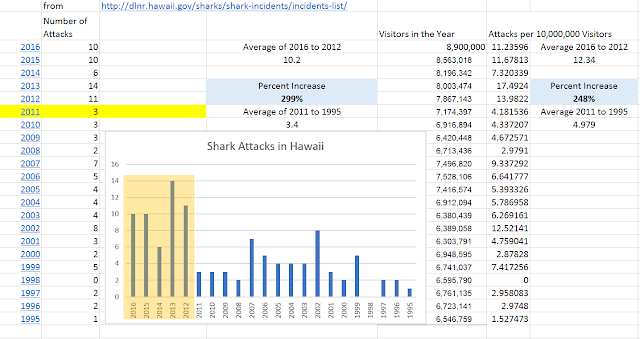 A few other articles also--submitted by a reader


The trend in Hawaii is DISTURBING.
Okay, okay, so this probably just means an increase in activity in the water. For California, for example, you can see a relationship between victim activity and number of attacks in this ISAF chart, which you can get to from the main ISAF Stats, Trends, and Analysis page.
You might notice something very suspicious, however. The same data appear to be missing for Hawaii.
What is Hawaii hiding?