Gas and coal plants are shutting down for safety.    But the dying nuclear industry refuses to give up even a day of profits, as Biblical storms pound Texas.

The "Design Basis Flood" of which engineering is done to protect from is 40.0 Mean Sea Level.   See second screen cap down.   Bay City is the nearest River Gauge Station.   They are predicting over 50 ' Mean Sea Level.     But no plans to shut down this nuclear plant. 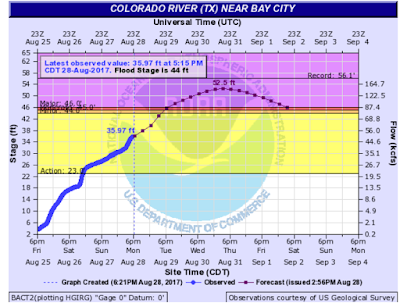 The Colorado River (of Texas) Basin is huge.   In the NRC Flood Risk Control documents they try to minimize the area of the Basin to make things "look better",   They cut the basin size by almost half.   My calcs show below show 13,389 Trillion gallons of water to hit that basin, using the proper area. 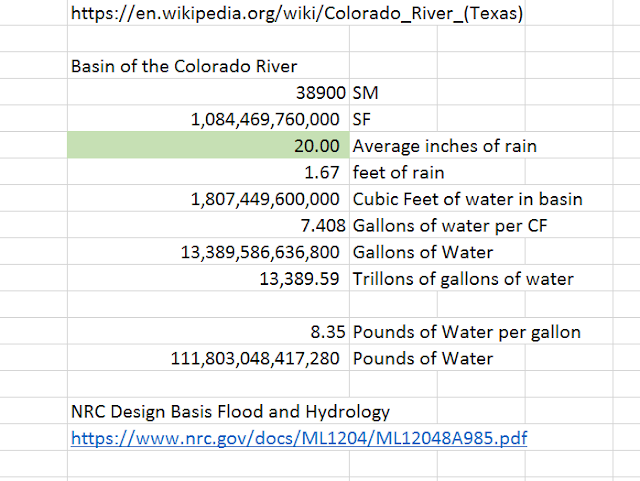 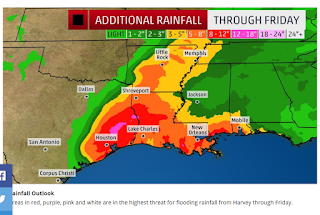 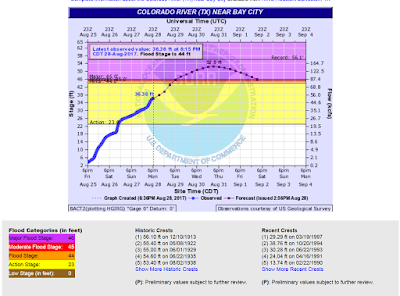 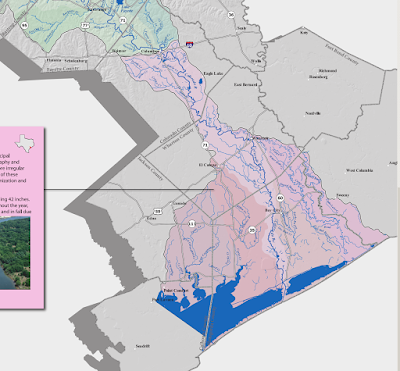 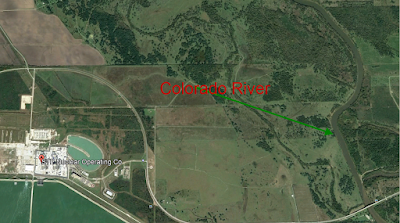 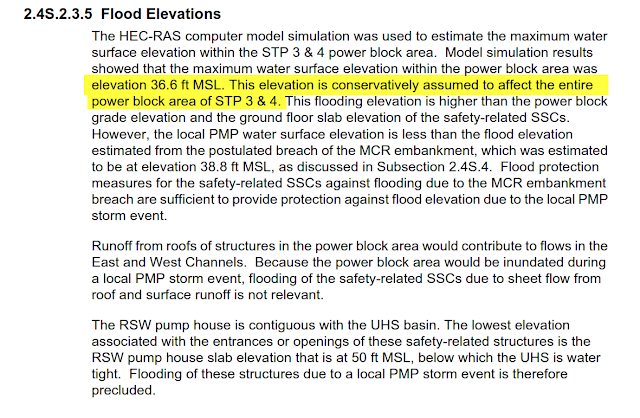 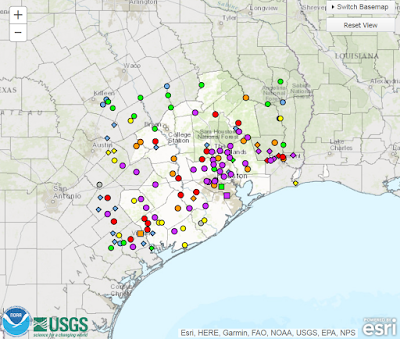 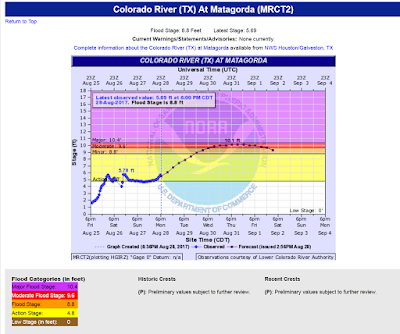 Update: STP Nuke Plant In plain english…
We know that the STNPPL (South Texas Nuclear Power Plant Lake) WILL have problems….
We also KNOW the smaller "loop pond" will be inundated with flood waters…
And the flow pipe exit and intake gates in the small pond will be under water…
Seems clear this is a situation where running those reactors under those conditions is not only wrong it's a violation of both NUREG and state/federal law…
https://en.wikipedia.org/wiki/NUREG-1150
If you don't believe that look up willful child endangerment in the criminal code…
https://criminal-law.freeadvice.com/criminal-law/violent_crimes/felony-child-endangerment.htm
And endangerment of grandparents too..
https://en.wikipedia.org/wiki/Endangerment
Don't sit idly by while a major potential nuclear threat looms!!!!
SHUTDOWN THE STP NUCLEAR POWER PLANT NOW!!!!
A zoom-able satellite map:
https://zoom.earth/#28.775032,-96.050377,13z,map

August 30, 2017 at 2:43 pm Log in to Reply
http://www.energycentral.com/news/stp-nuclear-operating-company-south-texas-project-units-1-and-2
The U.S. Nuclear Regulatory Commission (NRC) is granting exemptions from certain portions of the acceptance criteria for emergency core cooling, and the general design criteria for emergency core cooling, containment heat removal, and atmosphere cleanup for the use of a risk-informed analysis to evaluate the effects of debris in containment following a loss-of-coolant accident (LOCA) for the South Texas Project (STP), Units 1 and 2, located in Matagorda County, Texas, Docket Nos. 50-498 and 50-499, respectively. The exemptions are in response to a request dated June 19, 2013, from the STP Nuclear Operating Company (STPNOC, the licensee) related to STPNOC's proposed approach to resolve a generic safety concern for pressurized water reactors (PWRs) associated with potential clogging of emergency core cooling and containment spray system strainers during certain design basis events.
DATES: The exemption was issued on July 11, 2017.

Are lawyers worried, no, professional courtesy
Posted by Stock at 5:45 PM