Analysis of the "Narrative" on LV Shooter Stephen Paddock

More of the "narrative", it is not getting more clear.
This maintenance guy looks like a bad crisis actor. 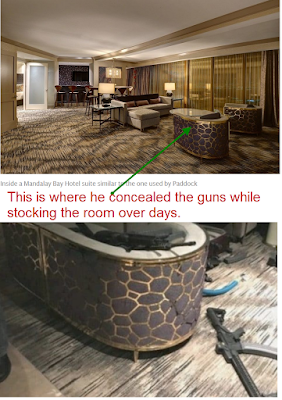 
The Vegas Plot Thickens: The Connection Between The Shooter And An Intelligence Agency

I woke today determine to ignore the LV incident and focus on "my real life".    But out of the gate, I saw headlines on "The Girlfriend landed in LA" and was "met" by officials.   Reading the story, disappointed as usual.   No reporting was done, no specifics.   No Who, What, Where, When, Why.

I figured out how he concealed the rifles over three days by finding some pictures of the entire suite type that he was in.
New Interview with the Brother Eric, odd interview, again.

WARNING at the far bottom of this page is picture of the supposed shooter.    Its pretty gross, so if you don't like that, don't go all the way down..........I space it down 20 lines so you can read the whole story and still miss that if you wish.    Note the location of the pistol, far above his head, odd location being that he shut upward into his mouth towards the brain.   And the unusual small and hard to see line of blood from the main puddle to the revolver. 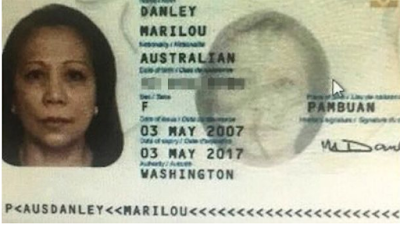 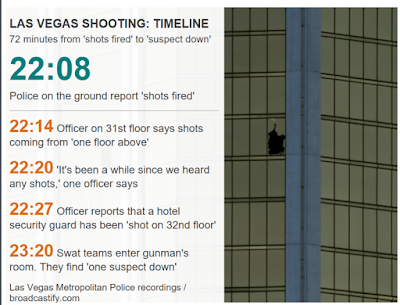 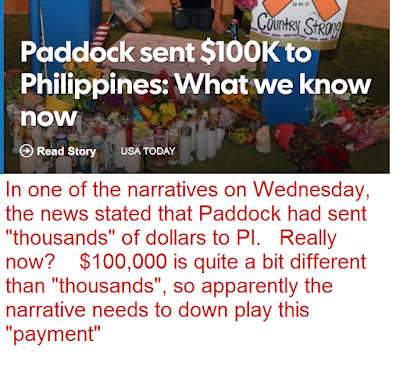 Probably part of the narrative, or at least in acting politically correct, is that focusing too much light "brown female" would be racist and misogynistic.    I think it quite likely that she was aware of Paddock's drug and alcohol problems, his abusive nature, and his stockpile of weapons and training with them.    Islam is large in the Philippines.     Maybe she encouraged him.   To not chase this down all the way would be negligent.
on this

But instead, they started to mold the narrative, which ultimately is gun control, take away guns from Americans, at least for now, have every gun registered under severe penalty for not reporting your guns.  Then they know where and what to confiscate.    Then the roll-out of the Centralized World Governance by the uber rich.

So ears perk up.

One narrative they are trying to push, is that the authorities did a great job in shutting down the shooter quickly.    Nothing is further from the truth.

So it took 16 minutes to get a security in front of the room door, to get shot.   Then another 26 minutes later they were still "converging" on the 32nd floor.   And what kind of "confrontation" do they speak of "Hey come on out, give yourself up", Seriously did they even try such a vacuous thing?  It could have spurred him to start shooting again.

They state that Paddock killed himself when the FBI SWAT finally blew open the door with explosives.     But they provide no proof, and the "breech, breech, breech" tape gives no hint of a gunshot after the door blast.    Very likely, he killed himself after the security guard was shot, otherwise, why did he not go back to firing?

So if they would have just gun blasted through the door at that time, it could have been known that the danger was over.   People could have stopped panicking below and getting hurt.    Medical aid and lighting could have been given freely and without caution.   And maybe 30 lives could have been saved.    I will say it....the slow acting, the non-courageous and poorly coordinated efforts cost probably 30 human lives. 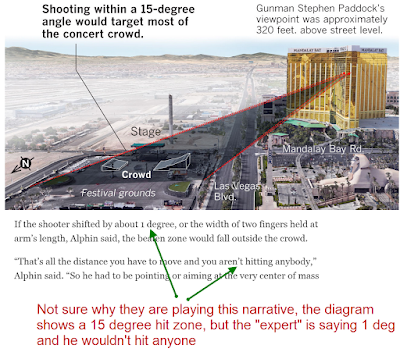 Another narrative is that Paddock was a highly trained shooter and that if he flinched even 1 degree
the shots would have missed the crowd.    stock here---not sure the "point" of this narrative, but he had a huge "view angle" on the crowd, and the dispersing crowd.    No massive skill was needed.


One question I posed to the Las Vegas Police, which they have not responded to directly, was on 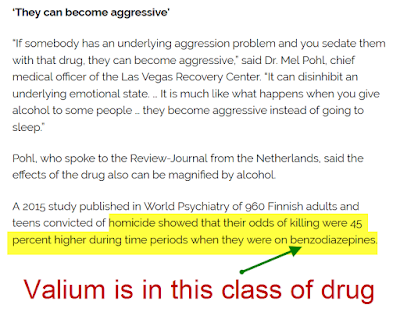 psychoactive drugs.   The answer is yes, kind of, I didn't know Valium was that bad

The same Doctor also prescribed Valium in 2016.   Doctor is from Henderson NV, 463 miles away from Reno, where Paddock picked up the prescription the same day. 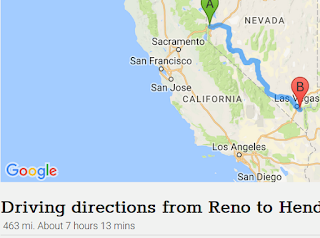 Was this a proper medical review, or perhaps Paddock is a Drunkard with a drug problem and a personal connection. 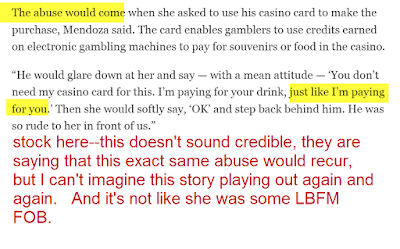 Also noted another story in which Starbucks employees report that Paddock was often abusive to GF Marylou
http://www.latimes.com/nation/la-las-vegas-shooting-live-updates-at-his-local-starbucks-vegas-shooter-1507060195-htmlstory.html


The same Starbucks story said how she stood just only up his elbow.   She was short, but she did in fact stand up to his shoulder, quite a bit different image than his "elbow".     Why the narrative to go out of the way, to paint him as a huge guy abusing a little immigrant brown female?

Also curious, is how when the media that be doesn't like the story being written, they censor it with various methods, as severe as deletion of account.   Blogger (Google) started spamming nukepro.net with a  series of spammy comments that effectively discredit the site...make anyone visiting not take things seriously. 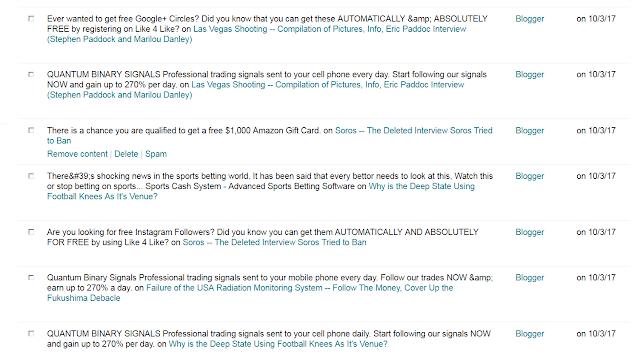 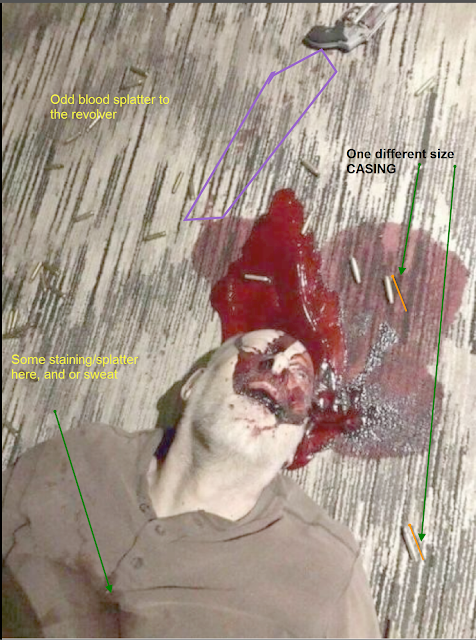 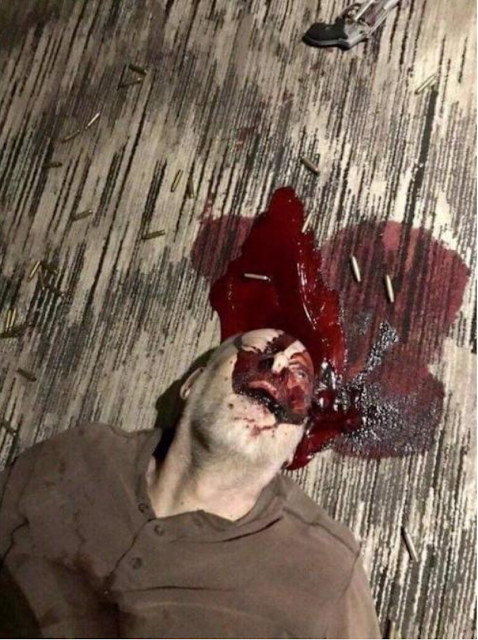