How the Nuclear Industry Will Not Clean Up Their Mess, and Leave Citizens Holding the Bag of Waste 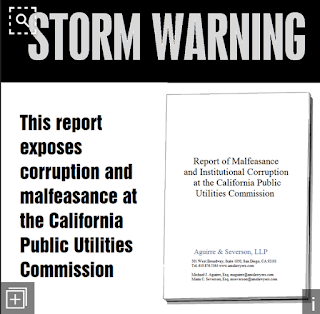 Hmmm, let me see.    How to maximize profits, this is what I would do.

I would milk each reactor for as much as I could, get uprates, when competition gets too fierce, send my best lobbyists to preach to the politicians who will then pressure the PUC to alter the rate structures to hand me extra hundreds of millions.   Make sure to lie about how  nuclear generates so much tax?  Where do they think the tax comes from?  Answer--extracted from the rate payers, who can't put that money into efficient use in the economy.    Government spending operates at around 70% efficiency relative to private spending.

Then a few years later, I would pretend that I am going to shut down, and get the labor unions and local businesses that rely on the nuclear plant to pressure the politicians to hand over even more money, make sure to play the CO2 card which is essentially a lie, but 97% of all facts can be ignored in "climate science".

Then as I got ready to shutdown, I would "select" the 60 year plan to let things sit, but make sure I get a waiver on safety and security (using the argument that if we squander those funds there is less chance to have enough money 60 years from now.)   Also, up to this point, we have underfunded the decommission funds while also using a totally unrealistic cost to decommission, say $600M, although experience shows that around $2B in 2017 dollars is more realistic.   So we have maybe $250M in the account.    Do the magical compounding growth calculations, using an 8% or 7% rate of return on investment, which is completely unrealistic due to systemic risks that have not been "drained from the swamp" but instead doubled and tripled down on.

Also, since it is important to skim money at every opportunity, I would make sure to pay the financial advisors and stock trading "experts" a hefty fee for their services, because "we want the best" and of course, they will capitulate with some kickbacks or by influencing others to our continuing company some non-bid contracts.

I would delay moving any fuel to dry casks, instead keeping them in the water filled spent fuel pools.  Then I would get the NRC to commission a study that shows the overfilled spent fuel pools (more tightly packed and using boron shields--ignore the fact that the boron shields are falling apart) are perfectly safe just as they are.   In cases where community opposition is very high, I would kowtow a bit and do some dry casking, but then insist that the cask stay right at the plant, pretending that because Yucca mountain is not open, that is the only option.   Even if that is right on the ocean, right on the ring of fire and subject to tsunami.   Even if that is right on the Great Lakes.  Even if that is right next to a huge city like Boston.

Clearly our governments and the supposed agencies that should regulation nuclear are in cahoots.   Here is some proof.

Revealed: British government's plan to play down Fukushima
2011-06-30, The Guardian (One of the UK's leading newspapers)

British government officials approached nuclear companies to draw up a co-ordinated public relations strategy to play down the Fukushima nuclear accident just two days after the earthquake and tsunami in Japan and before the extent of the radiation leak was known. Internal emails seen by the Guardian show how the business and energy departments worked closely behind the scenes with the multinational companies EDF Energy, Areva and Westinghouse to try to ensure the accident did not derail their plans for a new generation of nuclear stations in the UK.

"This has the potential to set the nuclear industry back globally," wrote one official at the Department for Business, Innovation and Skills (BIS), whose name has been redacted.

"We need to ensure the anti-nuclear chaps and chapesses do not gain ground on this. We need to occupy the territory and hold it. We really need to show the safety of nuclear." Officials stressed the importance of preventing the incident from undermining public support for nuclear power. Louise Hutchins, a spokeswoman for Greenpeace, said the emails looked like "scandalous collusion".


"This highlights the government's blind obsession with nuclear power and shows neither they, nor the industry, can be trusted when it comes to nuclear," she said.