Americans Dying Earlier, Peak Life, Similar to 1963 When Kennedy Was Murdered AND the "War On People"

American Life Span has decreased the last two years in a row.   The only other time that has happened was 1962, 1963 when Kennedy was exposing the secret societies trying to control the Government and Country.    In other words, one of the first "New World Order" control pushes in 1962/63 resulted in a back to back years of decrease of lifespan.    Similar to what is happening now.

Although there is an "epidemic" of drug related deaths in USA that is still only 62,000 per year, compared to 2,700,000 overall deaths, so no, this is part of the "narrative" to pretend that it isn't about our toxic environment, it isn't about people coming to know how corrupt the government is, and the knowledge that the government is willing to throw you under the bus for their own agenda.   That doesn't sit well with people, in fact, it kills many people.

The accompanying reportage tells us that the average American now lives a month or two less than he did in 2015.
What to make of it? How could the greatest economy in history shorten its citizens’ lives? Where’s the payoff from Obamacare, miracle drugs, and medical science?
You can argue with economic growth figures… employment statistics… and inflation calculations. But lifespan? Isn’t this real news?
And if an economy is meant to give people what they want, isn’t declining life expectancy the ultimate failure?


‘Racist’ trees separating a black neighborhood from a golf course


Overcompensation is a predictable outcome of many course corrections - observe the number of travelers killed and maimed in auto accidents involving overcompensation. Usually, it’s related to loss of attention - realizing too late that your vector is out of bounds - followed by a reflexive effort to restore normal ops. In such cases, force and momentum tend of outweigh the vehicle’s grip on the road, traction is lost, sending it ass over tea kettle and someone to the ER.


In the same regard, some black folks in Palm Springs may have overshot their best intentions with a course correction. [Pun not intended.] Pull back on the zoom lens and it appears they are cutting off their noses to spite themselves. Using historical resentment, they are forcing a public golf course to rip out a tree line that marks its boundary and replace it with a net anchored to 20-ft-high poles. The net is intended to prevent golf balls from leaving the course while restoring the view shed. Hooking resentment to a line of trees and replacing it with netting is a pyrrhic victory. Privacy now afforded by the tree line will disappear. The loss may be reflected in property valuation. Removing the windbreak will alter the local groundscape: higher wind speeds; windblown debris likely caught in netting; less wildlife [rabbits/birds/lizards/bobcats]. 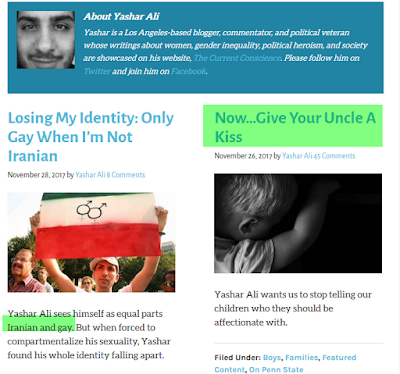 In the sub-war, the war of the sexes, the absurd entertainment industry has scuttled a long standing Beauty contest, the Miss America contest.    I am sure they will also reflect this back at Donald Trump who ran the miss Universe  contest for quite a while.

They present this as "damning evidence".

In May 2014, Haskell forwarded one of Haddad’s emails to a Miss America executive. In it, Haddad had referred to some former Miss Americas as a “pile of malcontents and has beens who blame the program for not getting them where they think they can go.”


LOL it seems pretty sexist to take a stand that anyone even implying that a Miss Amerika could be less than perfect, and one calling a former Miss Amerika a "malcontent" is in fact a woman hating, misogynistic beast.         Seems  quite over the top to me.

Huffpost is a voice piece of the Globalists, run by a woman no less.    And they use a gay Muslim from Iran to "pull together" this story.     Playing the "numbers games" again, the meme of "numbers of accusers" somehow gives credibility to so called "accusations".

our constitution is based on free speech among other things.

I would propose that a purchased media, which is promoting a narrative, which also happens to be very anti-American, is in fact violating our right to free speech.

And so the question has been brewing for a while, how do we stop these purchased "media" from outright propaganda that is damaging to the USA and all it's citizens.

And indeed, this perspective should be considered.