I hear your discomfort, D. No way around it, change is hard. When esteemed news orgs are exposed as govt spies and flacks, it is shocking. I understand why you need to label such claims fantasies. However, what’s at first preposterous often proves up with time and new info.

My suspicions/claims are corroborated by the Church Committee in 1975-76. Among the details you may have forgotten, the head of the CIA revealed to Frank Church [D-ID] that the agency had its people in every major news organization in the country. The program was called Operation Mockingbird.
http://spartacus-educational.com/JFKmockingbird.htm

Mockingbird gave the nation a set of pretenses, a false foundation on which policy was erected. As difficult as it is to accept, most people have been captured by illusions spun off Mockingbird. [For more, see: Edward Bernays] They are so engaging; they make us feel good; we want to believe them. Mockingbird has been wildly successful; do you think the activity was stopped, went away?

The NM and the ADN fill their meager pages with NYT and WAPO reprints. Other sources are rarely used; Alaska's readers, all readers, need greater diversity in sources. Why? Because the NYT is no longer credible. Who is its largest shareholder? Carlos Slim, one of the richest people on the planet and a beneficiary of the global drug trade.

Slim and Jeff Bezos are in competition to see who sweeps the table. Bezo now owns the WAPO, although the deal in which he secured it is curious. Soon after assuming control, the CIA announced a $600 million contract with Bezo to manage US intel cloud storage. That's more than twice the sale price of WAPO.

Also note, Bezos, through Amazon, used its webhost service to deny access to WikiLeaks. The action pulled WikiLeaks publishing stream at the height of interest in HRC’s State Dept. cables. Why did Bezos take that action? Who was he protecting?

For more than a year both newspapers have published bias coverage of Trump the candidate and POTUS. Press celebrities, talking heads - making seven-figure  salaries - are bashing POTUS like a pinata while virtually ignoring HRC’s lies, special treatment by the FBI, misuse of govt property, theft of the primary from Bernie and cloaking her role in the FISA court warrant applications to spy on Trump.

Media complicity in narrative creation is seen in this recently published story on Washingtonsblog.com [highly recommended], wherein Eric Zuesse describes Western privateers parting out the old Soviet Union for pennies on the dollar. Active suppression kept most of the action from reaching American ears.

Now, with some context for my ‘fantasies’, I’ll leave you to adjust to the new realities. Once you’ve regained balance perhaps you’ll sort through the gems dropped here. It’s a rich load, most of it is in the open. According to my sources, even bigger shocks to the body politic are incoming.

As to your last questions [which I take seriously], discovery is propelled by never taking the obvious for granted.

<Lot's Wife>
Thanks for your pontification on this alleged grand CIA-conspiracy with the Washington Post and the New York Times, but I believe you are way off base in your fantasies. (Perhaps too much of the wicked spraying from the jet stream trails by nefarious plotters that you have previously warned us about ?).  Lisa is as culpable as Ohio Dan Sullivan, maybe more so, as she is more intelligent than he and certainly more knowledgeable about Alaskan issues.  BY THE WAY, how is it that “She and her all her peers know that the WAPO and NYT produce CIA-approved recitation and analysis for the hinterlands. Everybody in DC knows the WAPO and NYT write cover stories for the national audience”? I’m fascinated by your peregrinations of fancy. How do you discover all these things?
Best wishes, <Lottie>. If you drop me from your mailing list I won’t be surprised. However I do find your opinions interesting & quite singular.

On Feb 5, 2018, at 3:39 AM,
owever, WRT Lisa’s hesitancy to act as outraged as you over WAPO and NYT stories about Trump and the DOJ/FBI, you are off base and behind the curve. 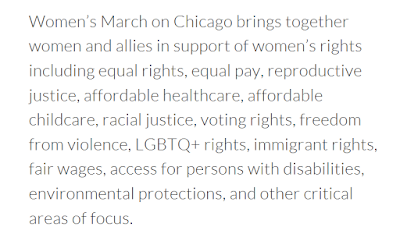 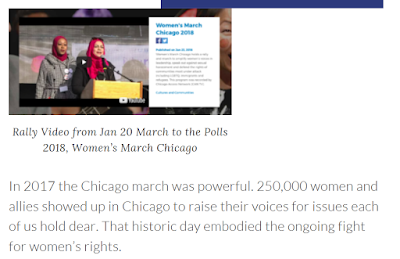 Looks at the meme’s being promoted under the guise of “womens rights”, aka all the lies
of globalists show in one easy list.

Including the Muslim meme 2% of our population, 40% of the airplay, makes me say hmmmmmmm