Technocracy -- The Science of Human Control Via Data Collection

vigileaks on March 18th, 2018 at 12:28 pm
THE YIN AND YANG ON THE ABOVE SIGN…. Actually this speaks volumes. The Yin and Yang is of occult divination. I am holding in my hands a 1974 First Edition of The Occult Technology of Power. On Abebooks it sells for $200. This is because a high price is paid for this book by the elite. It’s a book well worth having. Later editions may be edited down, I don’t know. OCCULT TECHNOLOGY is what we’re dealing with. Whileit’s true God did make man a technological being, Satan nevertheless has put his purposes on technology for his elite disciples. In this book on tehcnology we have such chapters as “Occult Knowledge as the Key to Power” and “Covert Operations and Intelligence.” A “Technocratic Invasion Kickoff” is an occult invasion kickoff. One of the many occult references for this rare book is Anton LaVey’s The Satanic Bible. (I spoke with LaVey in L.A. when he had his coven there.) The important point to make is that it must be strongly settled in everyone’s psyches at this point: A Technocratic Invasion is an Occult Invasion. You won’t want it…
-----------------------------------

By Lisa Haven
Ever get the feeling you are being played? Well that is exactly what the globalists have been doing, playing their game of chess with the people of the world in order to grab absolute power. After all, power corrupts, but absolute power, corrupts absolutely!
In the video below I managed to obtain an interview with Patrick Wood, the author of Technocracy Rising, The Trojan Horse of Global Transformation. We delve through never before discussed topics dealing with Technocracy, the rise of ‘scientists’ and those who are working behind the scenes to accomplish a devilish agenda. I believe you will find the interview well worth the time. Please don’t miss this exclusive report…. 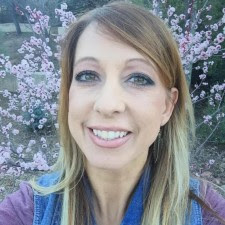 Lisa Haven is an independent Christian news analyst and one of the top contributors on www.BeforeItsNews.com. She is also author of www.LisaHaven.News and runs her own youtube channel with millions views. She also has done speaking engagements, written bible studies, and has spoken on numerous radio broadcasts. Digging deep and finding truth is what she lives for. Her passion is to spread truth no matter where it lies. She covers everything from martial law, to FEMA camps, to end time bible prophecy, to government documents and much more!

The Jeff Sessions IMPACT: It’s All Coming Together & This Is Where it Got REAL…

Victory Dead Ahead?? Wait Until You See What’s In This Landmark Bill…