Extroversion and NWO Authoritarianism Do Not Mix Well

I have to make this quick, but it is a salient point that I do not want to have slip away.

I have an unsual personality type.    ENTJ is the Briggs-Myers classification, it's pretty rare.    Among other things, I am an Extrovert who is totally comfortable with being 100% by myself, at least for periods of time.    Outside the Briggs-Myers classification system, another aspect is a high masculine energy, which needs to be swayed and complemented  by some feminine energy or degradation occurs.

Plus I changed my own well system last year, so I got so many points on my "man card" that I don't worry about wearing some bright Aloha shirt, even in the midwest.

On pre flight from Ohare to Honolulu, I wore a light green Aloha shirt with some yellow flowers on it.   Of thousands of people I saw, I was by far and above the most "extroverted" among both males and females.     90% of the people wore all dark colors, not even earth tones.     It was bland, it made me think Orwellian.

Then at TSA, the Orwellian thing became even more intense.   They have automated the Plastic Tray system  so that "agents" don't even have to touch the trays or push them into the scanner.    It is like an assembly line, and the travelers are the "workers" with oversight by the TSA.   Also rather than clear cut printed directions which could easily be displayed and avoid confusion....the important instruction were just occasionally shouted out by a TSA "agent" who was often a classical minority or immigrant with some type of accent.     It was odd, and striking.

TSA overlords shouting out hard to understand commands, whilst the "workers" took actions to feed the machines.

With the internet now reaching into it's fourth decade, there is 1.5 generations who grew up in that world.    The internet and near instant analytics via search engine topics, and social media allow the overlords to instantly analyze the effectiveness of their "messages".     This is perhaps the largest problem society faces.   And yet we can't extract ourselves from it.    Evil that you don't want to run away from.....now that is truly evil, like Amazon.

So this article on music trends caught by eye, submitted by Lot's Wife <web search that>.

A previous study covering 1980-2007 found that music lyrics have become more self-centered, with increased use of the words "me" and "I", fewer social words such as "we", and more anti-social ones such as "hate" and "kill".
This trend in lyrics are in tune with overall increases in loneliness, social isolation, and mental disorders across society.
The new study, based on a massive data trawl of 500,000 songs released in Britain between 1985 and 2015, found that as "happy" music declined, so did the popularity of songs sung by men. 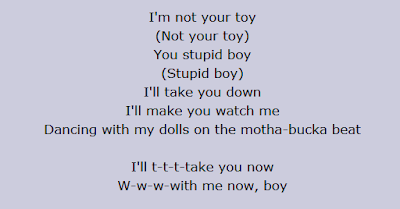 stock here --- so one of the so called "happy songs" that won awards in Europe is called Toy.    Sung
by a really fat Israeli female.    Read the lyrics, they are extremely negative, women are wonderful and divine and men are stupid and should not even expect to touch women, but be ready to be taught by women. 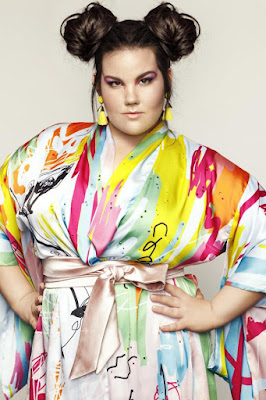 
What does the song mean?

Netta herself says that the song is about: “The song has an important message — the awakening of female power and social justice, wrapped in a colorful, happy vibe.”
She has also said that lyrics behind the songs reference the Me Too movement.
She said: “I think the song is #MeToo, but it’s an empowerment song for everybody, and everybody can find themselves in it.”