Japanese people act somewhat obedient and in decorum, but in reality, they are not stupid and they actually will protest more than most Americans.

The Government’s policy to effectively force people to return by ending housing and other financial support is not working, with population return rates of 2.5% and 7% in Namie and Iitate respectively as of December 2017.

Significantly more tables and charts are available on the detailed report.   I did not see any clear indications of isotopes mentioned, maybe I missed it.


Total atmospheric releases from Fukushima are estimated to be between 5.6 and 8.1 times that of Chernobyl, according to the 2013 World Nuclear Industry Status Report...so we may stop calling it the “second worst” nuclear power disaster in history.

What most people don’t yet grok is that radiation released at Fukushima is the equivalent of thousands of Hiroshima-sized bombs. Why the lack of interest in the ranking? It is economically and geo-politically disadvantageous to point fingers at Japan. Risk of loss buys silence. It’s a bargain that sustains the status quo at all costs. West coast obituaries provide one index of the accounting. In a sane world, the media would be discussing personal mitigation measures. 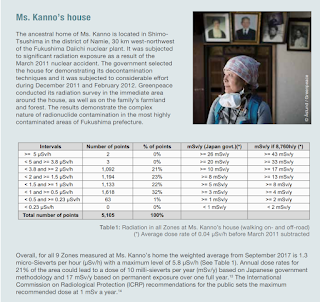 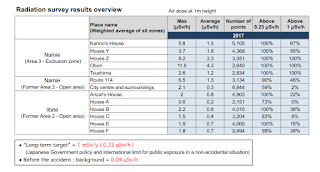 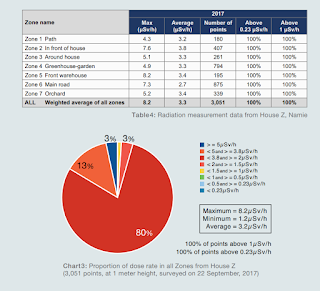