stock here:   Sorry to those having trouble  posting comments.    It has happened throughout the years.   I think it is a soft censoring process, like the opposite of intermittent reinforcement....intermittent failures making it less likely that people will even try to comment at all.

After all, Nukepro does not fit the narrative.

The stats below were refreshing to see.    The way fake news presents things, you would think that maybe 50% of the country was bat shit crazy, but it is not that bad.

It is clear that the Globalist are desperate, all of their little games are failing, being exposed.

On Monday on ruling came out that Trump could not block certain people on Twitter, because it was a "public platform".     Then the next day, the somewhat wacky, but often right on the money Alex Jones (I just can't stand his voice) was censored on Facebook and Youtube and more. 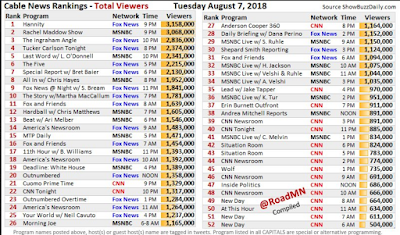 [from Flying Cuttlefish comments ] Hey Cuttlefish! I have chosen not to sign up for F.ac.e.book, so i’ve never been able to put comments on Stock’s page at nukepro.net. His work is freaking great, highly valuable, but trying to make an anonymous comment never works! He deserves to know folks are reading and trying to share. I guess you are able to communicate with Mr. Stock, at nukepro.net? He still makes comments at the stagnant enenews.com. I am on the nukepro.net mailing list at jackschick@aol.com. Thanks again for this work you do Cuttlefish! We have hardly any bugs outside, and it seems obvious we’ve lost some atmospheric softness here just below 6,000 feet in SW NM. It seems unnaturally bright, too hot in the sun. I go to food pantry places. There are no fruit flies. We used to have dozens of houseflies to whack every day. Not no more! Decay process in my half-ass compost seems suspended, stuff is not rotting rightly. How about it, Cuttlefish? Let us ride forth! With a Blast of on