First to the Meme: Q Stated This Is Sky Is Falling Week -- Military Stealth Fighter Crashes on Island

A couple more planes falling out of the sky today, small ones.   But some speculation that "sky is falling" means that space is already weaponized.   Maybe that was the incentive to create the Space Force 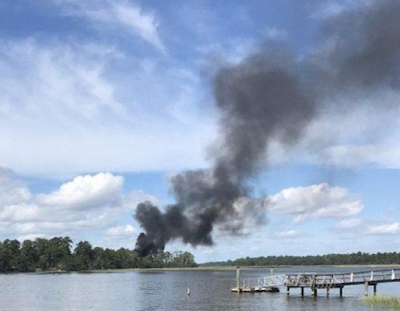 Many thought it meant just the Chicken Little screams of the left.


Ah, well, 35mins away Joel Silver owns a plantation there; he was EP on Veronica Mars
"After several subsequent owners, the plantation was purchased by major Hollywood producer Joel Silver, who is also a Frank Lloyd Wright aficionado, in 1987. Silver, who produced such blockbuster hits as “Die Hard” and “Beverly Hills Cop” enjoys vacationing and entertaining at Auldbrass Plantation whenever his schedule permits. In Hollywood, he lives in Wright’s legendary Storer House, built in 1924."