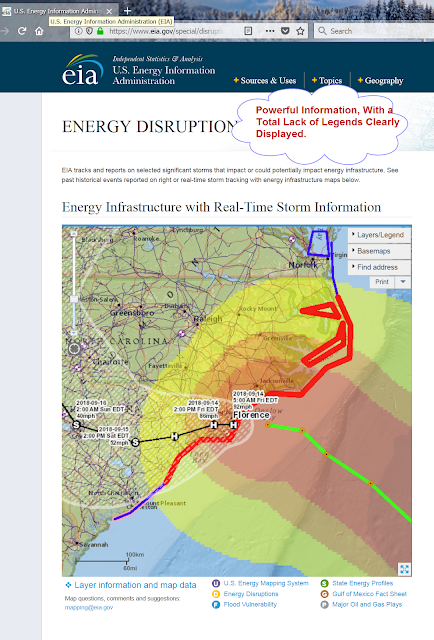 A great site -- but totally lacking in a "legend"
https://www.eia.gov/special/disruptions/

Because no reporter can understand the mysterious "nuclear" they typically parrot whatever they are spoon fed from the Industry promotion arm called the NRC.   See below from this article

But all the electricity Harris puts out won’t be enough to keep even a night light running at the nuclear plant if a power outage cuts off the facility from the power grid. If off-site power does go out, the Harris plant’s single nuclear reactor will trip off and go to sleep until the lights come back on.

Good grief!    Nuclear plants just don't "go to sleep" and they don't just turn back on"when the lights come back on".   In reality, it is an emergency SCRAM, a total thermal shock to the system, and the testing of dozens of components needed to shut these raging beasts down.    It is the most dangerous likely event at a nuclear plant.   And most of these designs are from the 1960's and 1970's, you remember, the days of Pacer X, and the Pinto?

Duke energy admits that up to 3/4 of the entire grid could be down....but they refuse to shut down Harris, while admitting the likelihood that the overall grid including the outside power to the plant could be lost, initiating an emergency scram.

Gusts will likely be strong enough, when combined with waterlogged ground, to topple trees into power lines and snap utility poles. Duke said Wednesday that as many as three-fourths of its customers in North Carolina and South Carolina could lose power during the storm.


Read more here: https://www.newsobserver.com/news/business/article218286500.html#storylink=cpy
NRC has for decades realized that in early GE control system designs, there are some idiosyncrasies in the electrical control systems which would prevent an emergency shutdown from actually occurring.    Did you read that correctly?    During the worst possible emergency, a SCRAM, a system operator, under extreme stress, must bear in mind that they cannot turn a dial control too quickly to the Shutdown (SCRAM) position, because it must be turned slowly through the Startup and Refuel zones, or else relays would prevent the system from going into SCRAM and having the control rods inserted to stop the criticality reaction.

Read that again.  and read the source document HERE

Risk control is a joke when it comes to nuclear power plants.      But don't worry.....they have it all under control, I wonder why they have to use the weasel words "we understand".....

Sure GE will come up with a note that no one reads that says "In the event of the worst possible emergency requiring a SCRAM....make sure you  turn the dial slowly and pause in the Startup mode in order for the poorly designed relays to not "race each other" and prevent the shutdown when you need it the most....

I rest my case.

Good Site for Power Outages across US 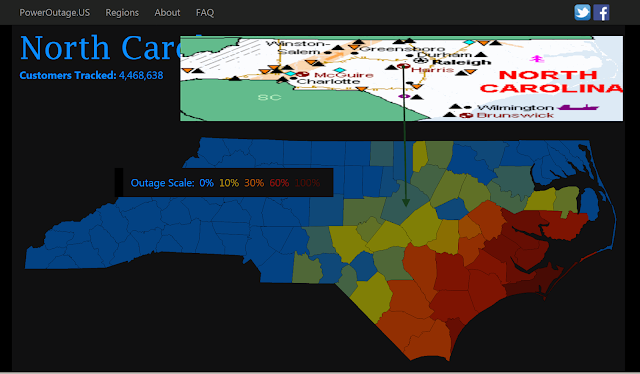 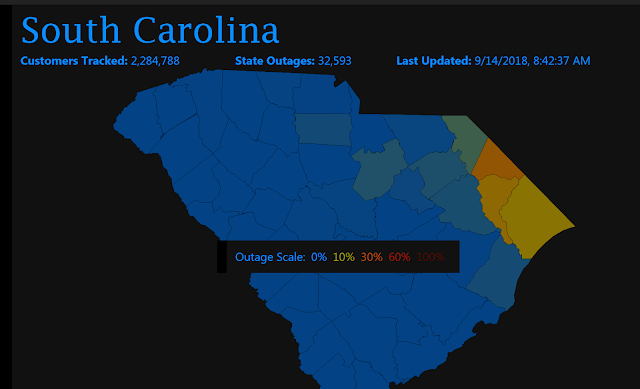