The Establishment hates the Q meme.

The Establishment hates the idea that people are waking up.

Video below is supposedly the "expose" that out's Q, they pretend to interview a founder of Q.

Then supposedly a "defector" from Q writes, Q is cancer and dangerous!

Q then responds today, trolling the shit out of the Establishment....then why am I still posting?


Even the Kabuki theater with Facebook and Twitter being questioned by a few members of Congress....hilarious.    Kabuki intended to pacify the masses that "they are on it" we are beating up the social media Titans.   LOL the biggest intelligence tool ever created.

My statement on this. Seems like they are concerned about people making money. I get $0. Nobody is getting rich off this. Too many @POTUS coincidences. Too many photo proofs. Could they slipped one 4chan post? Yes. Does it really matter. The info we dig on is real. #QArmy #QAnon pic.twitter.com/V0fe8Va1VO 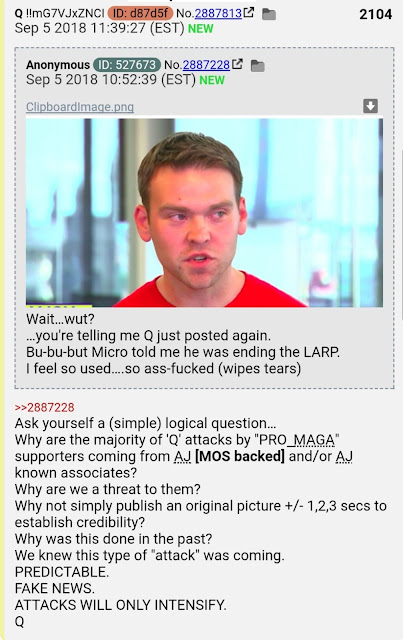 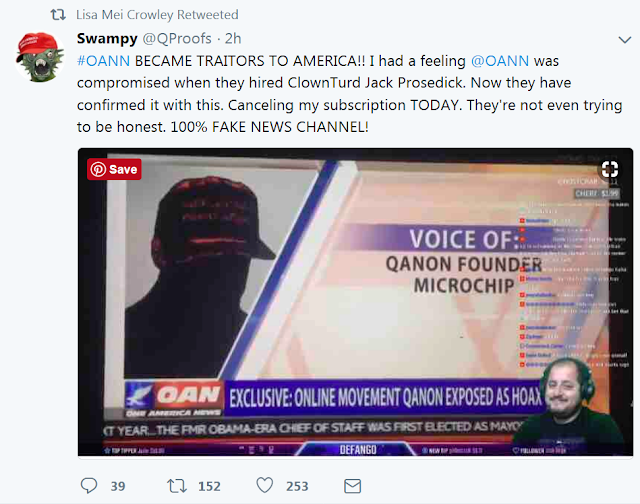