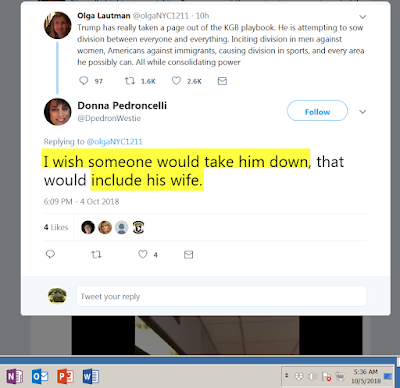 I like to read a wide variety of opinions, especially from those with different ideas than I have.

But sometimes that borders on the absurd, hilarious, or just plain sad.   Once in a while, I do get a nugget that shifts my opinion, or even gets me to a higher level of understanding and ability to argue my points.

I just followed the lady creating this thread, not sure I have ever seen her before and have not done additional research, but I read this thread and some of the comments.   Maybe I should let you form your own opinion.

To get to the actual "thread" you have to click on the thing at the end, the date in blue.   It may be worth getting a "fake" Twitter account if you don't have one, using a newly burned email from yahoo or one of the many email providers.   I think somehow, Yahoo may be a little less evil than Google.

Trump has really taken a page out of the KGB playbook. He is attempting to sow division between everyone and everything. Inciting division in men against women, Americans against immigrants, causing division in sports, and every area he possibly can. All while consolidating power
— Olga Lautman (@olgaNYC1211) October 5, 2018 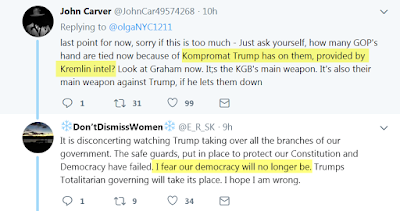 This guys is firm on the Russia meme.    He may have a good point on newly anointed pitbull
Graham though.

Funny, his statement below of "don't hand in your gun just yet" implies that after we "get past" Trump and the left is firmly in control, then that will be the right time for EVERYONE to turn in their guns.

In other words, be ready to use your guns  now to crush the right, then after that we will do gun confiscation (it can't be any other way, many of the left may willingly give up their guns, but many on the right never would)

I called out the "hate meme" early this year.   It became apparent that the left wasn't simply acting out of "resistance" but fueled by hatred.   Ready to attack someone in the street for wearing a MAGA hat, etc.

Funny in the response below he labels the GOP as Thugs, and then insists that the Thugs must be attacked everyday, and then the irony of a followup response <Trump> took a page out of the "JOB Playbook".   LOL indeed, its the economy stupid -- that JOB playbook should upset everyone.

Wages are increasing because jobs are plentiful.   Employers that want to keep going or especially expand, need to steal employees from other companies by offering more money.    Wages do need to go up, but an instantaneous  artificial jump to $15 is stupid, huge quick changes a harmful.   If the market does it itself, that is far better.

The comments below are interesting.   It would be great to have a Deep Dive on what kind of women are on the Conservative side?    I think an effective view or filter would have to take a careful eye to college graduates of the last 20 years or so, in which a liberal bias has become so prevalent.

And of course, the hate meme. 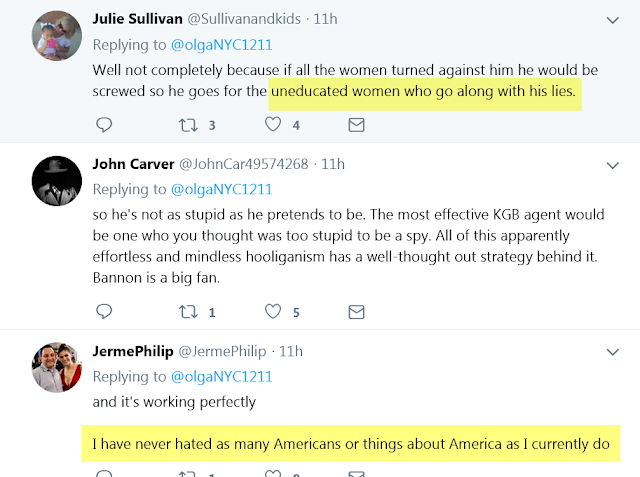 Maybe there are a few commenters on this thread that need to have an FBI visit to clarify what they mean. 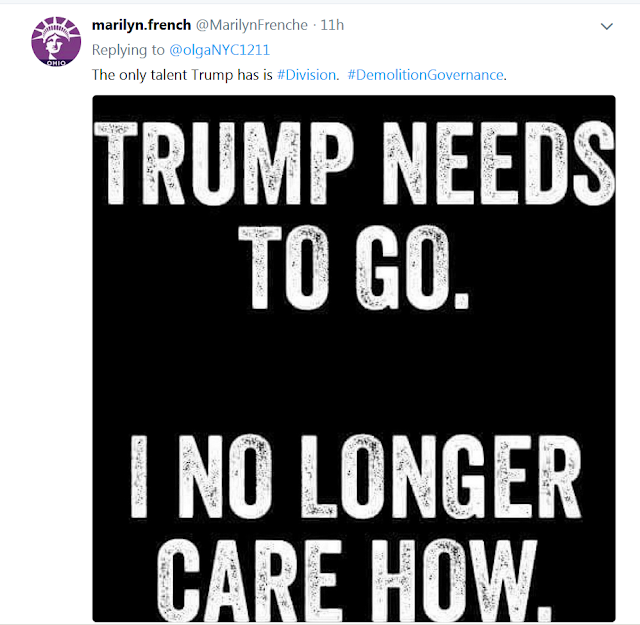