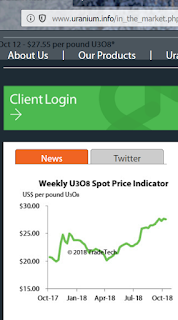 Good news!   This insanity was going to cost $847,000 per pound to process waste into MOX that could be burned in a nuclear reactor.    Standard fuel, U3O8 costs just $27 per pound.

The National Nuclear Security Administration, a semi-autonomous agency of the US Department of Energy (DOE), has issued a contract termination notice to the consortium building the a mixed-oxide (MOX) fuel fabrication facility at the Savannah River Site in South Carolina. About 70% complete, the facility was intended to dispose of 34 tonnes of weapons-grade plutonium by turning it into fuel for commercial nuclear reactors.


If you think making MOX is a good idea, you are effed in the head.

Anything to take a pot shot at Trump, TDS, hatred.

The cost was going to be $847,000 cost per pound to make MOX which is a marginally higher output fuel than U3O8 Uranium, but with much higher risks via frisky neutrons. 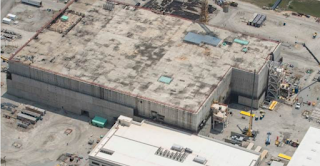 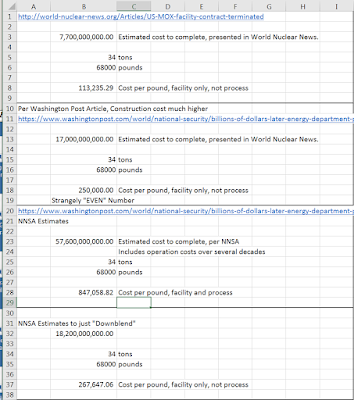 And in further good news of headed the right direction.....