Wallstreet and the Fed "Interfere" in Politics -- Trump Slapped, Obama B Slapped

I knew that when Obama was inaugurated, Wallstreet gave him a wild ride, as a firm reminder that he needed to pay attention to all his paymasters.

But before he was elected, Wallstreet participated in a 30% drop, the main part of "the crash".    Enough to get people disgusted enough with the system, that they would be willing to try something new....a black president, who might even lean Muslim.

Weeks back I posted on how Wallstreet would tank the market to prevent too much of a red wave this Mide Terms elections.    They did.

Here are some charts to bring it home. 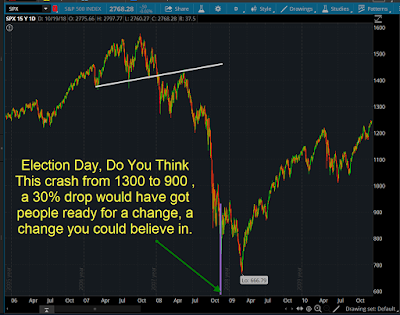 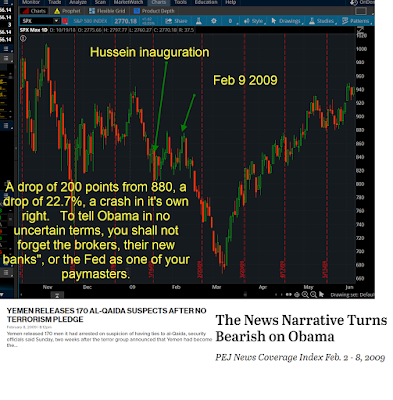